The Kansas State women’s basketball team beat Central Arkansas 70-54 in its last game before the holiday break on Thursday night inside Bramlage Coliseum.

K-State improved its record to 8-3 for the season, and the team has come out on top in all six of their games played inside Bramlage this season.

The Wildcats closed out the first quarter down 13-10 with a jumper from junior forward Jasauen Beard who had seven points to lead the team during the period.

Going into halftime, the Bears made 9-28 from the field and shot 50 percent from three-point range. K-State scored nine of their 26 points in the first-half from the free-throw line.

After a back and forth first half, K-State held its lead for the whole second half on its way to its eighth victory of the season.

Eight of K-State’s 11 rebounds to start the second half came on the defensive side of the ball.

Junior forward Peyton Williams scored her eighth point of the game with 1:22 left in the third quarter. This bucket helped the Wildcats go on a 20-8 run for the quarter.

Central Arkansas was held to 37.3 percent shooting for the night and had 17 turnovers.

The Wildcats will return to Bramlage Coliseum on Dec. 29 against Northern Iowa with tip-off scheduled for 1 p.m. Fans can watch the game online on ESPN3 or listen on the K-State Sports Network. 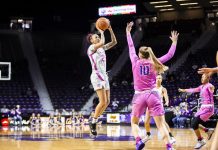 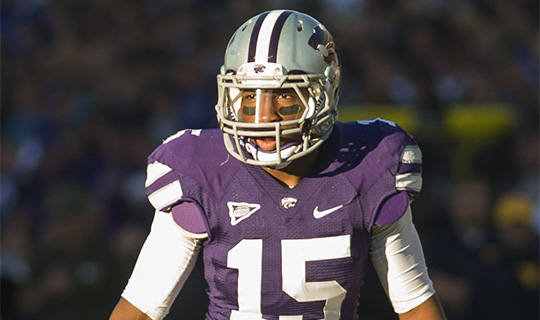