As Kansas State students enjoyed over a month’s break from classes, the Division of Facilities and K-State Police were hard at work making sure the university would be ready for the student body’s return.

With a mostly empty campus, they caught up on projects they did not have time for during the fall semester. Casey Lauer, assistant vice president of facilities, said facilities sees the winter break as a condensed version of the summer break—a time to work on maintenance projects they couldn’t do while students were living on campus and going to class.

Shortly after New Year’s Day, they conducted utility repairs, worked in the tunnels underneath campus and even shut down the steam to the dormitories.

“We hit it hard for [those] two-and-a-half weeks,” Lauer said. “These are things that are going to impact classes. We plan our projects during the semester. The disruptive projects, we really have to execute those over breaks.”

While some of the employees had a short time off before New Year’s Day, others had to remain on duty, such as the boiler operator, to make sure campus ran smoothly.

“It depends on the position,” Lauer said. “We have essential employees that still show up.”

Bosco to retire after five decades at K-State

Meanwhile, K-State Police maintained its usual patrol of two officers policing the streets on and around campus at any given time. The department was able to finish year-end reports for the Kansas Bureau of Investigation because they had to answer fewer calls.

Lt. Bradli Millington said the officers’ duties do not change much as they still have some calls to answer, but they are able to do more physical checks on campus.

“The only big change is the guys are, instead of going from a call here to a call here, they’re able to get out of the cars, go walk the buildings, do some more physical checks of buildings, lock the door, walk to the buildings and some physical things like that,” Millington said. “During the school year, they may be going from an accident to a theft call.”

While keeping all the shifts covered, the officers still took some individual time off.

“It’s a good time for officers to take some vacation time,” Millington said. “The guys work out the schedule so that we still have people here, but yet they’re able to go see family and do what they want over the break.”

Millington said that the trend after break is for reports of theft to go up, including items that have been stolen over break. Going into the new semester, he wants the community to not be afraid to call the police when they’re needed. 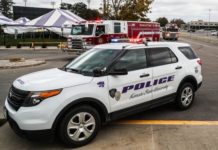 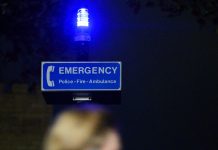 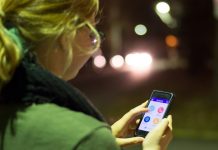