The Kansas State women’s basketball team had a tough time getting the ball to go into the basket in the first half of a 81-52 loss to the Iowa State Cyclones in Bramlage Coliseum Saturday afternoon.

In the first quarter K-State scored just nine points; in the second quarter the Wildcats scored only eight. They shot only 27 percent in the first half on 26 shots.

It was a different story for the Cyclones in the first half; they had more success scoring points shooting 37 percent. They scored 19 points in the first quarter and 15 in the second quarter to give themselves a 34-17 lead at halftime.

In the second half, the Wildcats were able to shoot the ball better, but they couldn’t slow down the Cyclones.

In comparison, the Cyclones shot 55 percent in the second half.

K-State stepped up its game in the second half, but it wasn’t enough with what the Cyclones wee able to do on the court in this game.

With the loss, the Wildcats fell to 13-9 overall and to 4-6 in conference play. The Wildcats are now in a three-game losing streak.

K-State will now travel to Lawrence to take on in-state rival Kansas Jayhawks on Wednesday. This game will tip off at 7 p.m. and can be heard on K-State Sports Radio Network. 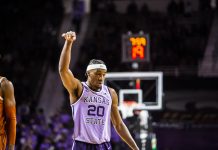 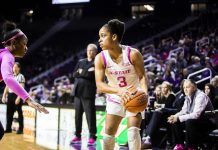