Live Ideas, an open access, peer-reviewed journal specifically for the creative works of undergraduate students, will release its first edition on Friday, Feb. 15. The journal allows students to build confidence and submit a variety of creative works for publication, including essays, short stories, poetry and artwork.

“With academic journals, a lot of times the public doesn’t like reading them,” said Jakob Hanschu, Live Ideas editor and senior in anthropology. “Students don’t like reading them because they’re heavy. They’re boring. We wanted to produce a journal that has some life.”

With goals to be different and more accessible, Hanschu had a heavy hand in the journal’s design. He developed the WordPress website, constructed submission guidelines and helped frame the contemporary feel of Live Ideas.

Hanschu estimated about 30 students have either reviewed, contributed or edited for the journal so far.

Laurie Johnson, professor of political science, serves as the associate faculty editor for the journal.

Under Johnson and Hanschu, a board of student peer-reviewers work alongside contributors before publication. Those students come from a variety of disciplines, as do the faculty members on an equivalent board.

“I think that it’s important for students to know that there are a lot of really good ideas here,” Johnson said. “You don’t have to be older to have good ideas.”

Johnson said she thinks about writers in history who did not have an outlet like Live Ideas to publish their works earlier in life, so their works came much later.

Johnson is also the director for the Primary Texts Certificate, a program offered through the College of Arts and Sciences.

“Frankly, there are too many stuffy academic journals,” Johnson said. “I like the idea of students coming out of K-State being able to take their academic research and their academic creative work and turn it into something that the average intelligent reader wants to read.”

Johnson said the Redbud Foundation, a philanthropic organization based out of Topeka, financially supports Live Ideas and the Primary Texts Certificate.

“They have increased their funding in the past year and wanted this program to expand its mission beyond simply the students that are enrolled in the program,” Johnson said. “They also kind of let me run free to decide how best to do that.”

“You can’t accomplish a lot without a budget,” Johnson said.

Live Ideas contributor Jack Dotterweich, senior in secondary education, said he sees the journal as a way to bring coursework out of the classroom.

“For undergraduates, papers are just seen as something you get a grade for and you just sort of forget about it, but this is nice because you actually get to have your work recognized,” Dotterweich said.

His piece, “An Argument for the Absurd,” will be one of the creative works in the journal’s first edition. Live Ideas plans to publish its second edition on April 15. Two subsequent editions are planned for next fall.

The process, from submission to publication, takes an estimated six weeks in total. That is much less time than traditional journals take, Hanschu said.

“And yet we go through a very, quite rigorous review process,” Johnson said.

The initial review takes place during the first week, and editors notify students if their work has been accepted to continue with the process. Before publishing the work, it will be reviewed by three peers and two editors.

“I think it’s good to have a quick turnaround,” Dotterweich said. “In that time period, you’re able to prioritize what you have to do.”

Details for submission are outlined on the journal’s website. Additional information about the review process is also available.

“We accept submissions on a rolling basis, so submissions are always open,” Hanschu said. 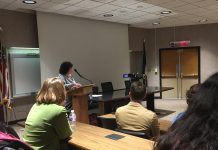 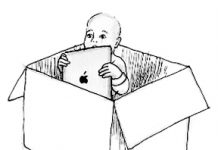 OPINION: Changing the world, one creative child at a time 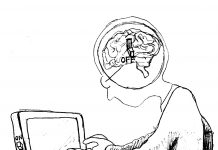 OPINION: Technology takes away best of us, creativity takes a hit

OPINION: Technology takes away best of us, creativity takes a hit