During his time in Nebraska, Bosco met Monty Nielsen, who would later become the registrar for K-State.

Nielsen was also pursuing a Ph.D. and had overlapping classes with Bosco. Also like Bosco, he had a job outside of school, serving as the registrar for the University of Nebraska at Kearney.

“He was a very conscientious student,” Bosco said. “We were both balancing jobs. We understood that receiving that degree was very critical to our careers. We were very focused.”

Once they finished school and received their doctorates, Nielsen and Bosco went on separate paths. Bosco stayed at K-State, and Nielsen went on to be the registrar at three other universities before coming to K-State in 2003.

“I didn’t plan to be a registrar,” Nielsen said. “When I was a little boy, I wanted to be a major league baseball player. I didn’t even know what a registrar was until after I got to college, or even after I started working at a university. Once I got some experience in it and went through some baptisms by fire and got some grounding in it … the beauty of it is — someone in the ’70s said this — that you’re really a part of the nerve center of the campus. You serve all the students.”

After working across the country, Nielsen landed a job as university registrar at K-State 16 years ago in February 2003. It is the longest he has ever served as the registrar at one university.

Nielsen said he thought Manhattan was the right place for him because he liked rural areas, it was closer to family, he had a close connection to Bosco and the administration was open to his suggestions.

“I felt like it was probably an opportunity to come back into, geographically, home,” Nielsen said.

Nielsen came to K-State at a time when internet access was rapidly growing and gaining influence worldwide. Many initiatives he started and encouraged were to help bring the university into the 21st century.

“There were also some things after I’d interviewed at K-State that I saw and really liked,” Nielsen said. “One was the fact that they were just getting ready to launch a new student system implementation. They were going with a product, Oracle. Oracle and PeopleSoft hadn’t yet merged. What was attractive to me about that was the fact that I was coming in on the ground floor, as the system implementation hadn’t yet started.”

Bosco said the registrar is a type of vital job that is not often noticed, and Nielsen provided enormous leadership in many areas.

“He has the kind of job that would be equivalent to the hiker on the K-State football team,” Bosco said.

Nielsen was essential in bringing electronic transcripts to K-State, meaning students no longer had to sit and wait in line by the transcript window as in decades past.

“The care and keeping of the transcript is probably the most important thing we do,” Nielsen said. “It’s from day one of your enrollment at Kansas State University, and even if you only go through just a very short time here at K-State and then withdraw and never come back, or you go all the way through, whatever you do, there’s always going to be a transcript kept on you.”

When Nielsen came to K-State, his associate registrar at the time was working to bring the PeopleSoft information system to the university, and thus implement what would become known as ISIS, and later KSIS.

'And the answer is…': Weekly trivia at Arrow draws a crowd

“We all would interact quite a bit,” said Michael Crow, associate director of administrative services. “[My assistant] and I were over quite a bit for meetings, and then I would have a one-on-one with Monty regularly. He’d talk about strategy in the office and strategy on the project.”

Another project Nielsen pursued was the electronic university catalog, which for a long time was posted online twice a year, but could not be edited. If the president of the university had changed, for instance, it could have been over a year before the information was able to be made accurate.

After Bosco gave him the assignment to update the software, Nielsen found a way to get it done. He was a regular attendee of the annual convention for the American Association of Collegiate Registrars and Admissions Officers, or AACRAO, which always had a large section devoted to vendors.

“When I had been given that charge by Pat, I went to AACRAO and saw an organization called Acalog Digital Architecture,” Nielsen said. “I invited them in, they did a demo, everybody liked it. At the same time that we were implementing PeopleSoft, we went ahead and did an implementation of the electronic catalog.”

Crow said Nielsen has always been focused on the student perspective throughout the years.

“Monty is a real humble, self-effacing person that works real hard to make sure there’s collaboration and it’s very customer-oriented, and the registrar’s office reflects that,” Crow said.

Nielsen will retire at the end of the academic year in July. Although he said he has thoroughly enjoyed his career, he feels ready to pass the torch.

“[My wife] is already retired, and she’s got that freedom,” Nielsen said. “We need to spend these golden years doing things together. I will be 70 in May and had always said that I wouldn’t want to keep working beyond 70. You ask what’s important, and it is important at this time to be with her, to be retired together on a full-time basis, to take care of our health. I think it’s an opportunity, while still healthy, to be able to go out and have some good days.” 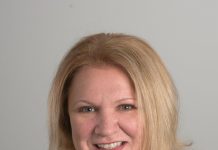