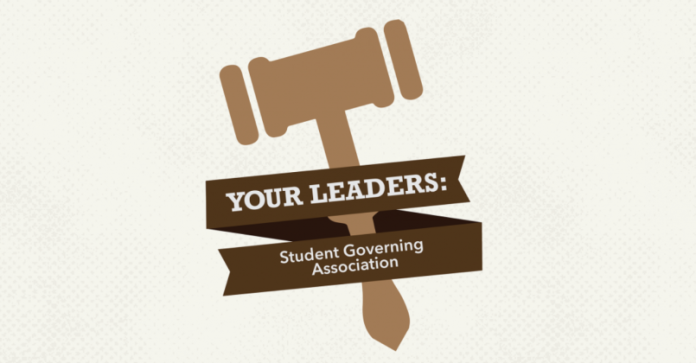 The Student Governing Association had its usual Thursday meeting and heard both a new proposal for the Union Program Council budget and a possible merger for two SGA committees.

A new recommendation was introduced to decrease the UPC’s privilege fee allocation by 2 percent, or $4,000 — the same recommendation as the bill that failed on Jan. 31. The new bill says UPC’s budget should decrease because, due to declining enrollment, it is providing for about 8 percent fewer students than in 2016.

The Privilege Fee Committee indicated the decrease of 2 percent will not inhibit UPC’s mission in providing for students.

The new recommendation will be up for debate next week.

Peter Moyer, SGA attorney general and senior in political science, said there is currently a constitutional review underway on the original recommendation for UPC, which failed on Jan. 31. The review is on whether the decision to count a two-thirds majority vote is constitutionally correct.

“I wondered why K-State didn’t have a committee like this,” Colburn said. “There are problems around campus that we have all experienced and seen that can be addressed with this committee.”

The proposed committee would combine the functions of the special committee and and the student committee.

The Special Committee on Membership is a temporary committee established every year at the discretion of the speaker of the student senate. The committee is given different goals each year, but is generally aimed at addressing student representation in SGA. The committee meets Sunday nights at 6 p.m.

K-State is the only regents university without a committee in its student government dedicated to diversity, equity and inclusion.

Student senate will reconvene at 7:15 p.m. on Feb. 21 in the Wildcat Chamber.