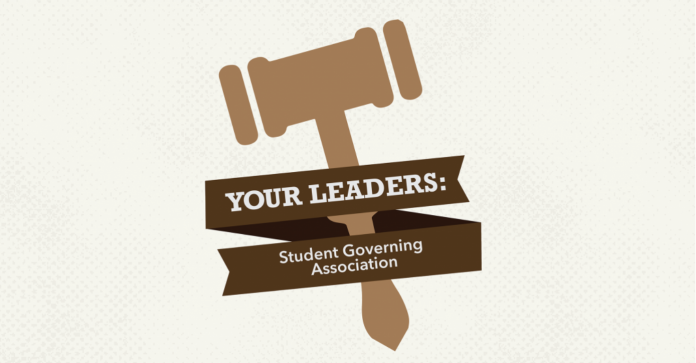 On Tuesday, Feb.19 a complaint was filed against the Penny-Karamali campaign. The campaign was ultimately found in violation.

It was filed against the campaign due to a GroupMe message from campaign supporter Erin Schmitz, junior in communication sciences and disorders, that suggested members use spray paint in order to frame the Kelly-Spencer campaign.

The message in question was sent on Feb. 12 in the “Students for PK” (Penny-Karamali) GroupMe chat.

Before the message was sent, Ali Karamali, student body vice presidential candidate and junior in chemical engineering, messaged the GroupMe earlier informing them about the Kelly-Spencer campaigns chalking efforts that were occurring that night.

“Hey gang, just walked to the union and saw the KellySpencer team chalking around campus. It’s a nice night out, I say we rally the troops and show them PennyKaramali is here to WIN!” Karamali said in the chat.

Karamali then informed members that they were planning on meeting at 10:30 p.m. and rides were available to those who needed them.

After an unknown amount of time Schmitz, junior in communication sciences and disorders, then sent the following message at 10:15 p.m:

“Instead of chalking we should spray paint KellySpencer all over campus so it looks like they vandalized the campus.”

A complaint was then filed by Mathew Orzechowski, senior in industrial engineering, on Feb. 18 at 9:36 p.m. according to Election Commissioner Kristin Schau, which brought the issue to the attention of the election commission.

On Feb. 19, the election commission board held a hearing at 8:36 p.m. to determine the outcome of the campaign violation.

The Board found that the Penny-Karamali campaign was in violation of “Chapter 54-0102-J-12” which says that some campaign materials have been found “disorderly, lewd, breach the peace, or aid abet, or procure another person to breach the peace on university presences.”

The result of the violation is that the Penny-Karamali “Students for PK” GroupMe must be deleted and the campaign can no longer use the platform.

Schau said that this was because the platform was used to spread the message that the campaign was found in violation of.

So far there have been 11 campaign violations during this Student Body Presidential election cycle, Schau said.

Jansen Penny, junior in industrial engineering, was interviewed after publishing and released the following statement about the violation:

Penny emphasized that his campaign has been 100 percent transparent with the election board, showing them all relevant screenshots and explaining the timeline of the day.

He says that after Karamali, sent the initial message to the group chat Karamali, Sadie Polson, senior in marketing and PK campaign manager, and Penny split up.

Karamali went to start chalking while Polson and Penny were off to assist people in need of rides.

After Karamali sent the initial message neither of them paid much attention to the GroupMe, Penny said.

“Ali and myself did not see that message right after it was sent…that’s why you don’t see anything from Ali and I in that group chat,” Penny said.

He argues that the message was hyperbolic in nature.

“Sadie completely knew, as a lot of other people did, that [the message] was just a hyperbole and in no way, shape or form was that supposed to be taking seriously. It was 100 percent a joke.”

Penny said he wanted to emphasize the violation was filed against Schmitz, who the election committee determined was a campaign member, not an official member of the campaign.

“The Penny campaign was tagged along with [the violation],” Penny said.

Penny said that neither Karamali or himself had met Schmitz until Feb. 19 at the conclusion of the violation hearing.

“We personally did not have anything to do with encouraging vandalism,” Penny said. “But with that being said,we fully respect the election board and the decision making process there as well.”

Penny said the campaign does not intend to appeal the decision in order to “fully respect their decision.” 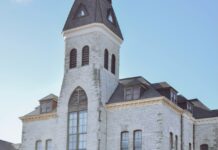 Twitter Poll: How stressed are you about the election?