Home Culture Feature Winning, Oscars and you: Your guide to the Academy Awards

The 91st Academy Awards are happening this Sunday, and the film industry’s biggest awards show is sure to turn a few heads.

If you don’t normally tune in to the Oscars, it might actually be worth it this year. Not only are there some fantastic nominations, but the ceremony will also be conducted without an official host.

In December, it was announced that comedian Kevin Hart would host the ceremony, but two days later, he backed out after attention was brought to homophobic comments he had made on Twitter in the past.

After several more attempts to find a host, the Academy decided the Oscars will be host-less this year. This will only be the second time in its 91-year history that the Oscars have not had a host. The last time was in 1989.

As always, the three big categories to keep an eye on are Best Picture, Best Actor and Best Actress.

Eight films are up for Best Picture this year: “Black Panther,” “Vice,” “A Star Is Born,” “Green Book,” “Bohemian Rhapsody,” “Roma,” “BlacKkKlansman” and “The Favourite.”

Although the Academy has pledged it will become more favorable toward racially diverse films, they have a history of ignoring superhero movies, so it is unlikely that Marvel’s blockbuster “Black Panther” will win.

Instead, critics are predicting that “Green Book” will take home Best Picture. Based on a true story, “Green Book” is a compelling film about a friendship that overcame significant racial and cultural barriers in the 1960s.

Malek is the predicted winner in this category for his performance as Freddie Mercury. Although critics said “Bohemian Rhapsody” itself was not a stellar film, Malek made it watchable with his impressive performance.

There are also five nominees for Best Actress: Lady Gaga (for “A Star Is Born”), Glenn Close (for “The Wife”), Melissa McCarthy (for “Can You Ever Forgive Me”), Yalitza Aparicio (for “Roma”) and Olivia Colman (for “The Favourite”).

Many think her seventh nomination will be the charm for Close; her starring role in “The Wife” could be what finally nets her a coveted gold statue.

Additionally, the most fun category is Best Animated Picture. There are five nominations in this category: “The Incredibles 2,” “Spider-Man: Into the Spider-Verse,” “Mirai,” “Isle of Dogs” and “Ralph Breaks the Internet.”

The strongest contenders are likely “The Incredibles 2” and “Spider-Man: Into the Spider-Verse.” IMDB predicts that “Spider-Verse” will win over “Incredibles 2” since the high-flying Spider-Man story is not a sequel to another film. The only sequel to have ever won an Oscar in this category was “Toy Story 3” in 2011.

The Oscars will be broadcast on ABC at 7 p.m. Sunday. If you don’t have a TV, you can always just follow along on Twitter. 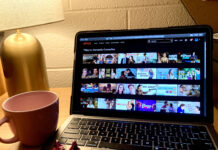