Basked in a purple hue, the Overland Park Convention Center was host to hundreds of Wildcats on Friday night as they gathered for the 13th annual Wabash Cannonball gala.

The event supports aspiring Kansas State University students in the greater Kansas City area. It is one of four such events in different locations across the country.

Following the cocktail hour, guests made their way to the dining room of the convention center as promotional videos were streamed, recordings of the K-State fight song were played and refreshments were served.

The lights dimmed as Greg Musil, 1980 K-State graduate and former student body president, took the stage decorated with purple Adidas shoes around his neck. Musil made jokes about current men’s basketball standings in the Big 12 Conference and schools that are currently under investigation for the Adidas scandal, including the University of Kansas.

Musil then addressed guests of honor, saying, “Unlike other Big 12 schools, we win championships in multiple sports.”

Musil welcomed to the stage Leo and Amy Sue Nunnink, co-chairs for the 2019 Wabash Cannonball gala.

During their speech, the Nunninks shared current statistics for the fundraiser. As of 2019, the Wabash Cannonball in the Kansas City area has provided 513 students with scholarships adding up to over $1.3 million and provided a scholarship endowment fund totaling nearly $2.3 million.

“When I decided to visit Kansas State University, I’d never seen Bill Snyder [Family] Stadium, gone through Aggieville and I had no idea what ‘the Wabash’ even was,” Pruss said. “I was simply visiting campus to check it out.”

Pruss shared her story of being treated as another member of the community instead of a prospective student to sell an education to.

“After engaging with this community for nearly two years, I can confidently say that the pride and love I found my first time on campus has only grown,” Pruss said.

Closing her speech, Pruss expressed her gratitude to the supporters of the Wabash Cannonball scholarship and the community that she has found at K-State.

“Thank you again for your support and investment in my college experience,” Pruss said. “Myself and so many students could not be here today without you.”

Taking the stage again, Musil shared the night’s highlight event, “Fund a Wildcat.” Depending on how much the attendees at a given table donated, they would be entered to win various prizes, such as dinner with Myers at the National World War I Museum, a poker night with Bosco or catered tailgates with former K-State and NFL football players Ryan Lilja and Nick Leckey.

During the dinner, Student Alumni Board members rushed between tables to collect donations for the “Fund a Wildcat” event.

After dinner, the Nunninks shared that in just 45 minutes, the event raised over $235,000, bringing the night’s total amount raised to over $600,000. The event gave scholarships to 55 incoming freshmen.

Student Alumni Board members then stood in front of the stage dancing to the Wabash Cannonball as the crowd began dancing, singing and clapping to the beat.

Carl Gerlach, 1976 K-State graduate and mayor of Overland Park, discussed his involvement with the first steering committee and inspiration for the event.

“We wanted a nice event where people could have a black tie dinner and then raise some money for scholarships,” Gerlach said. “It’s bigger and better. It continues to grow.”

When reflecting on previous Wabash Cannonballs, Musil said each one has been fun and exceeded expectations with both attendance and donations raised.

“I’m a huge football fan, so I love having Coach Klieman here and meeting 900 supporters of K-State,” Musil said. “I think the energy he has brought is awesome.”

Terin Walters, 2005 K-State graduate, and Andrea Bryant Gladin, 2002 K-State graduate, were both coordinators for the event. They both reflected on the progression of the gala and how it has grown over the years.

“The committee works hard to build sponsorship for the event with their connections around the KC community,” Gladin said. “We have over 100 sponsors for this year’s events, with most of them attending tonight.”

Pruss said she plans to support the Wabash Cannonball gala after she has completed her education at K-State.

“I would love to attend the gala annually after graduation, and I most definitely plan on supporting these scholarships,” Pruss said. “In addition to knowing the impact firsthand, seeing the passion that our alumni have is motivation enough to continue that legacy. In the meantime, I hope to help the scholarship through my own story and encouraging others to apply.” 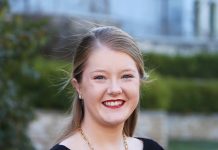 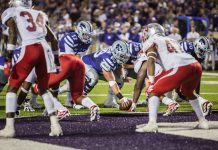 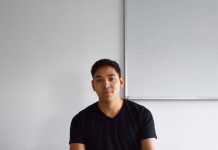