Bunger said the idea behind the resiliency plan is to find ways to better protect people, so they can be better informed, understand the flood risk more when it does happen and respond better. Then, he said, the city can have them recover faster and get back on their feet.

“Truthfully, there’s nothing that we should be doing or will do to prevent flooding,” Bunger said. “All we can do is better protect people. The creek, or river, is always going to flood. There’s always going to be a bigger storm that will cause people damage.”

The plan has two main parts and includes an effort to find new residents in Manhattan and inform them of the concerns.

Bunger said the first part is a social vulnerability effort. The city is going to look at a variety of demographics to figure out what areas are more vulnerable to the risk than others.

“Someone that’s new to the community, and is short on income, short on education and doesn’t have a car, are they more at risk than someone who has been here forever, has tons of money, insurance, all that kind of stuff?” Bunger said. “Naturally, you would say yes. We’re trying to figure out where those are, and then tailor some measures that hopefully will address those things.”

The second part is an initiative on the physical parts of preventing flood damage.

“The other half is going to be a new flood model that we’re going to use so that we have some more understanding of how it floods,” Bunger said. “We’re also going to model in the ideas, use that flood there so we can factor in some improvements that we think we could make.”

While developing the plan, Bunger said he reached out to a few professors at Kansas State, one being Timothy Keane, professor of landscape architecture. Keane said stream channels don’t build themselves in such a way to allow for flooding; rather they build floodplains, a flat surface next to the river.

“The river builds the floodplain for a specific purpose: it builds it to store excess water and sentiment at times of high flow,” Keane said. “When we encroach upon the floodplain, we’re taking the ability of the river to store that, temporarily, away.”

Keane said that while flooding is a problem that can’t be permanently solved, the best ways to reduce the issue are evident.

“Up in the watershed, where the problem is, we need to look at increasing infiltration because the more water you can get into the ground, the less is going to run off the surface,” Keane said. “We need to look at increasing storage, which have to do with creating wetlands. Ponds are always suggested. Ponds always fill up with sediment and they don’t provide much for habitat. Wetlands are what the river would’ve done in the first place.”

Although the flood cannot be stopped, Keane said he believes that the damage can be greatly prevented.

“You’ve never going to stop the flooding,” Keane said. “What you can hope to do in reduce the peaks, reduce the duration and have earlier warning of people in the way to get them out. If we understood how the river is built, how the river needs to function and let it do that we’d be in a lot less trouble.”

The first meeting of the citizen advisory team for the Resilient Wildcat Creek Watershed plan met earlier in February and will meet again in early March. Bunger said students are encouraged to propose suggestions.

“There’s some areas students definitely live that are impacted by Wildcat Creek, so they should be informed and can participate in finding some solution to better people,” Bunger said. 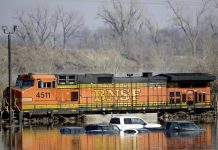 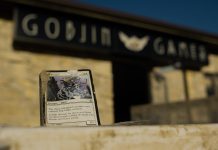