Home Featured Home ‘We would have given up’: The Dusty Bookshelf saved by community encouragement

As Manhattan slept through the early hours of March 2, 2017, the corner of Moro Street and Manhattan Avenue was lit up in lights and abuzz with activity as a fire raged inside The Dusty Bookshelf.

But now, nearly two years after the fire gutted out the Aggieville cornerstone, the store announced in a Facebook post its upcoming reopening this spring.

“It’s us,” the post reads. “The Dusty Bookshelf. And we’re (finally) coming home! Because of your loyalty, support, and general love for books, we wanted you to know that after two long and difficult years, the shop keys are back in our hands.”

Diane Meredith, the store’s co-owner, said the doors may partially reopen within the next month to two months in order to make the increased rent payments for the store’s space.

“It’s a lot of money so we are going to act very quickly,” Meredith said. “We might have to partially open before the store is completely done.”

The fire, which began in the middle of the store’s renovations, caused about $822,000 in damages, leaving the building a “total loss.” The store has remained closed ever since, with the storefront surrounded by chainlink fencing for many months.

The construction process to restore The Dusty Bookshelf began last year. The monthly permit summary for April 2018, listed on the city of Manhattan’s website, includes documentation of a construction permit issued to Sherilyn and Roger Bender, the owners of the building. The permit, #29340, lists the contractor as RM Baril General Contractor Inc. The project valuation was estimated at $475,000.

“We’ve built the structure,” Mike Hoover, president and owner of RM Baril General Contractor Inc., said in early February. “We rebuilt the structure to its existing shape in modern ways: a new roof, new railings and such, and enclosure. It’s ready for somebody to take over and finish.”

Meredith said the final stages of construction began yesterday, but the store is still “an empty shell.”

The plan for the store, which isn’t finalized yet, will be “very industrial.”

“It’s going to be very simple,” Meredith said. “We’re hoping once we fill it with books and coffee and people and furniture and sofas that it will take on its personality and warmth. We have no budget to put into really finishing it in a completely polished way like we had been planning to do right before the fire.”

In the meantime, Meredith and co-owner David Sauter are looking for ideas to incorporate into the store’s design.

Jonathan Coleman, junior in entrepreneurship and marketing, said a twist on the classic bookstore would draw students in.

“As a business student, the traditional book store scene doesn’t seem as lucrative nowadays, but the environment they offer is appealing,” Coleman said. “Being located in a college town sets them up for a lot of success, because I’m sure their niche offering will draw in all the student hipsters there.”

In addition to ideas, the store is accepting donations and volunteer work.

“Truthfully, we need a little bit of everything,” Meredith said: books, plywood, manpower in moving books and building bookshelves.

Meredith said the community has been helpful in working to bring The Dusty Bookshelf back to life. Over the last two years, Meredith said people have been continually telling her how much they miss the store and hope for it to come back.

“It’s been really complicated, and without all those people encouraging us along the way, I honestly think we probably would have given up,” Meredith said. “It is definitely a community project based on that alone.”

Meredith said there may be a “bookstore build” sometime next month and collection days for items.

Rachel Browne contributed to this article. 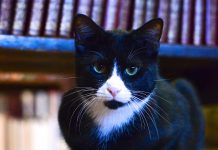 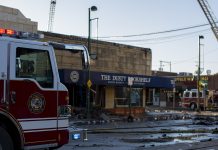 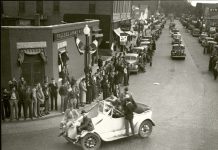 Building of The Dusty Bookshelf ‘a total loss’