A small daydream soon turned into reality very quickly for Cooper Allison, senior in mass communications, when she was crowned Miss Topeka 2019.

“To be really honest, I have no idea what I am doing,” Allison said.

Preparation for her first pageant took all of one week, and a total of two weeks were spent preparing for her second one. However, Allison said she spent those weeks doing paperwork, community service and working on her platform.

Allison said her passions include dancing, creating relationships, her blog and living a life surrounded by positivity.

“I have a huge passion for mental health and just the simple act of spreading joy,” Allison said.

Part of being in Miss America pageants also means creating fundraisers for the Children’s Miracle Network, and Allison said her philanthropy is her “Inhale-Exhale” project.

Allison said she hopes to bring light to mental health awareness through homemade bracelets that are personalized to each interested individual’s needs. Her bracelets include a word to inhale or embrace. Bracelets she has passed out include words like hope, becoming, self-worth, steadfast, bloom, breathe and fearless.

“It is my goal to share light, positivity and love,” Allison said.

Allison said her bracelets serve as reminders that can be worn every day. When the bracelet has helped the original owner enough, they can pass on their bracelet to someone else who may need the reminder. Allison is working to create a chain of happiness and self-love reaching far beyond her original community.

Freshman Jonah Evarts has self-published not one, but two novels in the past year

Ashton Thomas, junior in human ecology, has supported Allison in this new journey. Thomas donated to the Children’s Miracle Network and ordered a bracelet with the word “inspire” on it.

Thomas is also a coach for Manhattan High School’s dance team and she said she is always working to improve the self-esteem and self-love of her dancers.

“I passed on my bracelet to one of my dancers who was feeling really down about herself and was in need of a pick-me-up,” Thomas said. “Her face lit up, and she has worn it every day since.”

Thomas said she has also supported Allison by helping spread the word — sharing her bracelets, informing her friends and entering raffles to win supportive sweatshirts promoting the Children’s Miracle Network and mental health.

Allison said one special moment for her was being asked to be part of a “girl power” panel at this semester’s Pink Victoria Secret campus event.

“One of the current reps and I worked together on the team for a year,” Allison said.

The representative reached out to Allison asking if she could share her bracelets and be on a panel to promote female power.

“It was so humbling to know one of my peers saw me as someone that inspired women,” Allison said.

Allison’s preparation for her next pageant, the Miss Kansas pageant in June, has more of a focus on internal feelings than the physical preparation that she did quickly before her first pageants.

“Gaining the confidence to show up in June and be the best version of myself is overwhelming,” Allison said, “but I am learning as I go and having a blast.” 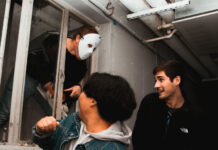 Greek Gives Back: Over a dozen philanthropy events in October 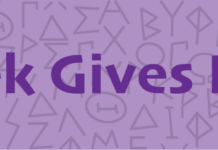