It’s not often that a Division I athletic program has a parent coaching their child, but it’s even less often for a parent to coach a two-time Big 12 Freshman of The Week. With K-State’s women’s basketball team, however, students get a front row seat to the family duo of assistant coach Chris and freshman guard Christianna Carr.

“It is a true blessing that I get a front row seat to watch my daughter every single night,” the coach said.

Chris has been Chrissy’s basketball coach since she was a child, but as one might expect, it wasn’t necessarily easy. He said they have had their arguments and fallouts, but he loves that he gets the chance to be impactful in her life both on and off the court because they both are in a great position to work together. 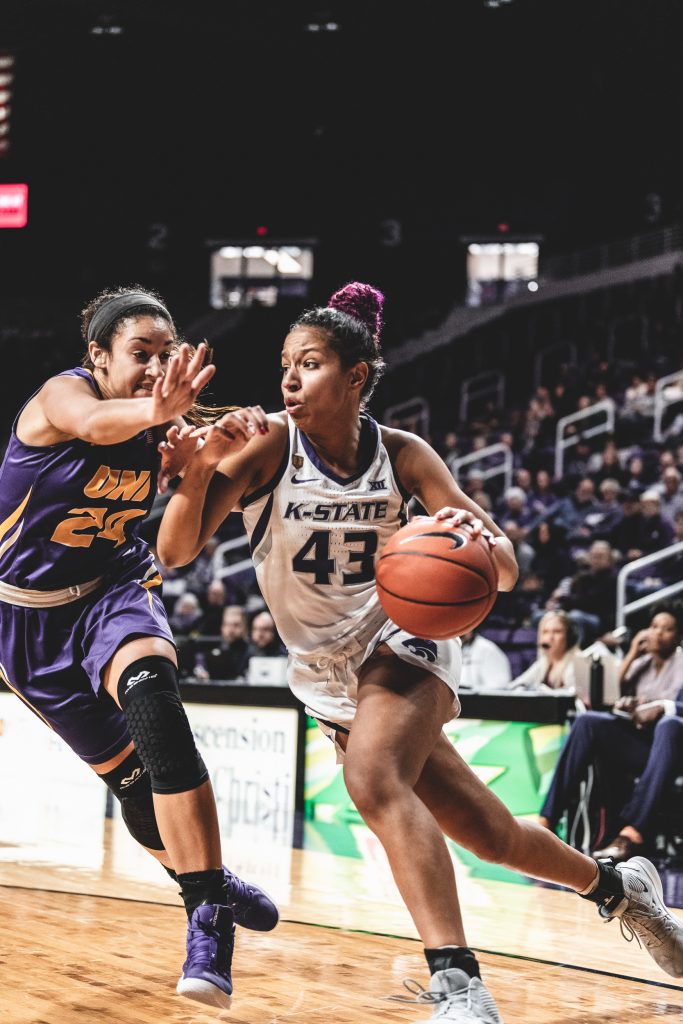 Chrissy said she likes the fact that he is the assistant coach instead of the head coach because she can “come to him more about problems and needing to fix it rather than coming in asking about basketball questions and things of that nature.”

Overall both Coach Carr and Chrissy said they are very happy about the unique situation that they are in, that it’s been a blessing and they wouldn’t have it any other way.