After graduating from Kansas State University, Dan Biles was a lawyer for 29 years before being appointed a justice for the Kansas Supreme Court, and he has returned to his alma mater this semester as a visiting professor of practice to teach MC 466, law of mass communications.

Biles began his journey when he graduated from K-State in 1974 with a bachelor’s degree in journalism. Biles said he can connect the dots from his experiences as a student at K-State to the accomplishments he has had in his career.

While sitting in the Kedzie Hall library, Biles said he remembered being in this very room as a student when he did a panel presentation that had Fred Moe, bureau chief of The Associated Press, in attendance. Moe told Biles that if he ever needed a job to contact him.

Around four or five months later, while Biles was working for the daily newspaper in Coffeeville, Kansas, he wrote Moe a letter, who responded and said there happened to be a job opening for the AP in Topeka. Biles moved to Topeka, became a reporter for the AP and began attending law school at Washburn University.

“I can draw a direct line from being in this room on that day to getting a job at the AP, which led me to be in Topeka. Then I went to law school, working at the AP at the same time, which pretty much paid for law school,” Biles said.

Biles said the connections he made through the AP got him the job at the Kansas Attorney General’s Office, which led to “basically all the things [he] did career wise.”

“I got into law school because I could write well and write fast, and that was because I learned those skills here and then practiced them,” Biles said regarding his time at K-State.

Biles has been on the advisory board of the School of Journalism and Mass Communications for around eight years. About a year ago, Biles said Jean Folkerts, then-interim director of the journalism school, sent him an email asking if he knew of anyone that could teach a class called law of mass communications. Biles said he had a few people in mind but, if they couldn’t do it, he would. Folkerts responded immediately and said he was hired.

“I knew him through his work as a jurist, as a justice and as a very successful lawyer who could put dreams in the minds and hearts of our students,” said Nikhil Moro, director of the journalism school.

Moro added that Biles brings attributes to the classroom he believes are invaluable: his expertise as a sitting Kansas Supreme Court justice, his love for K-State, which he “is emotionally invested in,” and his connections. Moro also said Biles is a role model for what students can do with a mass communications degree.

Biles had previously been a professor in the 1980s at Washburn Law School, teaching courses in communications law and trial techniques.

Biles said teaching law school is done with the “Socratic method,” meaning students are taught by answering questions with questions, but he knew his teaching method had to change at K-State. He said teaching law of mass communications is more “lecture style.”

“What I knew we would have to do in this class is start out with familiarizing everyone with the process and terminology,” Biles said.

“He has a law background, but also was an AP reporter, so I think he blends the two together very nicely using overarching law foundation, but still making it relevant to students in their mass comm life and individual interests,” Speck said.

Speck also said Biles is a fountain of knowledge when it comes to law.

“I named a case that happened in Idaho, and he knew exactly what it was and what it did,” Speck said.

Teaching has made Biles learn a lot, he said, which is his favorite part of the job. Biles added that there are areas of the law and the Kansas Constitution that he is looking at a little differently now.

“Specifically, the First Amendment equivalent in the Kansas constitution — Section 11,” Biles said. “Working this material [at] this time, I’m seeing more energy in that than I see in the First Amendment, which might mean there are more protections, and that is something I hadn’t thought about before.”

Speck said she thinks if students use Biles as a resource for their own interests, that would be very valuable to them.

The advice Biles said he would give students on success is the same as what he tells his daughters: there are so many opportunities, and if you can take those opportunities and not get caught up in the narrow focus of your studies and be a little more open to all the stuff that’s going on around you, you can take away a little bit more. 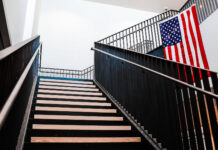 OPINION: Who will President Biden nominate to the Supreme Court?