The Kansas State tennis team has been looking for its first win in Big 12 Conference play, and despite hopes of finding it against Texas Tech, the Wildcats lost 4-3 on Sunday at home.

The Wildcats went 2-4 in singles play on Sunday afternoon, with K-State winning the third and fifth singles matches of the day.

The Wildcats then beat the Red Raiders in two sets in No. 5 singles. Junior Ines Mesquita competed against Olivia Peet and won 7-5, 6-0.

Before that, though, K-State sophomore Anna Turco forced her No. 3 singles match to three sets against Kennedy Bridgforth. Turco lost the first set 6-2 and forced a third set after winning 6-1. The match was won by Turco with a 7-5 victory.

In doubles play, the Wildcats won two matches against the Red Raiders.

The duo of Job and Mesquita lost in No. 2 doubles 6-3 to Miller and Maltby.

In No. 3 doubles, freshman Ioana Gheorghita and sophomore Maria Linares won 6-4 over Peet and Reagan Collins. To finish out the day, K-State duo Turco and Decker beat Rush and Bridgforth 7(7)-6(3) in No. 1 doubles.

The Wildcats will next take on West Virginia in Manhattan at 3:30 p.m. Friday. 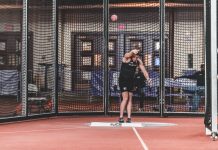 ANALYSIS: Slow starts have been detrimental to K-State in Big 12 action 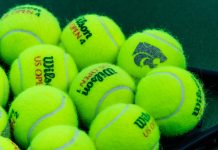 Tennis kicks off season with sweep of Penn State