The Houlihan’s at the corner of 17th Street and Anderson Avenue may seem like just another franchise of a well-known restaurant chain, but its owner has a unique background for a resident of Manhattan.

The Manhattan Houlihan’s, connected to a Holiday Inn, is owned by a man named Colin Noble from Belfast, Northern Ireland. Years ago, he was in the hotel business in the United Kingdom. Through this work, he met his lifelong partner, Bridget McCombe, in 1986.

“I came to America in ’91 to buy a hotel in Topeka,” Noble said. “When I saw the hotel, it just wasn’t for me. The guy who was showing me this hotel said, ‘Don’t worry, we’ve got another one in Manhattan.’ I’m from Ireland, and I had no idea that there were two Manhattans in America — one’s in New York and one’s here, and the only one I knew about was in New York. So, I thought, ‘That’s fine, there are flights from Belfast to New York every day.’ It was easy; we could do that.”

Shortly after this, the man showing them the hotels told Noble and McCombe they could drive there right now. Unaware of Manhattan, Kansas, Noble thought the guy was just being a “big-talking American.” However, they got in their car and started following him with no bags packed.

Without even a cell phone, Noble thought they had just begun a road trip to New York.

“I said to Bridget after a few minutes, ‘I think we’re going west, and either this guy knows a shortcut, or we are headed totally in the wrong direction,’” Noble said. “I couldn’t contact him, I just had to follow him.”

An hour later, they discovered a city they now love.

“He will not leave town when K-State is playing,” McCombe said. “He’s become a real ‘dyed in the wool’ K-State supporter.”

Noble bought the hotel and the restaurant, which at the time were not a Holiday Inn and Houlihan’s. He quickly noticed that he would need to make some changes.

“None of the people were coming to eat in this hotel, which is totally different from the way hotels work in Ireland,” Noble said. “You go there and it’s an experience. You go and you stay in the hotel and you eat in the hotel, it’s the whole show, but in America it’s not necessarily that way. You go to the hotel and you go out to one of the branded places.”

After changing the restaurant once, Noble later decided to push for the recognizable name of Houlihan’s. Although it took some negotiating, he was finally able to bring the restaurant franchise to a rural college town.

Last year, the restaurant remodeled its patio with new flooring, lighting, curtains and tables, something which general manager Stephanie Cleveland wants to highlight on Instagram, Twitter, Facebook and email blasts through the Houlihan’s website.

“We are one of the few restaurants in Manhattan to offer a patio,” Cleveland said. “I hope that people are keeping an eye out on our pages. Hopefully, as the weather gets nicer, we’ll be packing the patio pretty well. It’s a beautiful place to sit, it’s comfortable, it’s perfect for a sunny day. Even on a rainy day, we have the curtains that we can pull shut.”

The restaurant also plans to add heaters in the fall.

The bar, lounge and patio offer food and drink specials during certain hours every day of the week. The restaurant also offers food from a made-from-scratch kitchen.

“There’s not a whole lot of options as far as that goes in town,” Cleveland said. “I think one thing that sets us apart from the rest — we have the environment, we look expensive, which can turn people off a little bit, but we’re not. We’re not any more expensive than any of the other fast, casual dining experiences you’re going to find, but our ingredients are fresh, ordered daily and we keep our inventory real thin so that it’s always fresh food coming out.”

Cleveland also emphasized that Houlihan’s offers a variety of food to cater to certain diets.

“Because we’re made from scratch, we can accommodate dietary needs,” Cleveland said. “We have gluten-free options, we have vegetarian options. We try to cater to any kind of allergy.”

This allows the restaurant to also give a variety of options to vegetarians.

“You’re not just going to have to get a salad if you’re vegetarian,” Cleveland said. “There’s other options.”

Although she has been with the company for long time, Cleveland said she stills enjoys eating the food.

“I have a lot of favorite [dishes],” Cleveland said. “I’ve worked for Houlihan’s on-and-off for 10 or 11 years, and I’ve never stopped eating the food, which I think says a lot.” 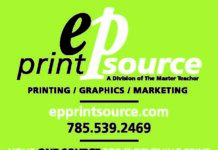 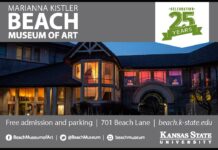