If you’re trying to prepare that summer body before the end of the semester or just want to get active, there are plenty of opportunities for Kansas State students and faculty to play sports in an organized competitive league through the intramural sports programs at the Recreation Complex.

The Rec offers the traditional sports that one would think of as league sports, like flag football, slow-pitch softball, baseball and soccer. They also offer non-traditional sports and activities like NBA 2K video game tournaments, sand volleyball, inner tube water polo and even H.O.R.S.E.

Sports are divided into different divisions based on living groups and the gender of the competitors. Most sports have fraternity, sorority, residence hall, co-recreational and independent intramural sports, and there is even a golf league for faculty and staff.

Team sports have a regular schedule where teams play at a certain time on a certain night every week, depending on the league.

At the end of the regular season, team sports have a tournament to decide league winners, with the prize being intramural champion T-shirts and hefty bragging rights.

Meet Sam Hankins, a local high school athlete with his sights set on the Olympics

As for individual sports, most have a one-time single elimination tournament, as long as there are at least two people in the activity. The winner of the tournament gets a T-shirt.

There are also two activities that are played in a single meet — swimming and wrestling, where a champion is given in each category of competition.

Intramural sports are officiated by student referees and umpires are employed by the Department of Recreational Services. The Rec holds training clinics to make sure officials know the rules of the game and get the basic mechanics of officiating a given sport.

All students and faculty are eligible to compete in intramural athletics, and non-student spouses can play as long as they are on the same co-rec team as their student spouse. Players can be in as many sports as they like, but they can only compete on one team in each division of any sport.

For individual sports, a player still signs up on IMLeagues, but they then use the site to self-schedule their own games with the opponent assigned to them by the intramural department.

If you are wanting to play a new sport, meet some new people or reconnect with a sport you used to play in high school, K-State intramurals likely have an option for you. 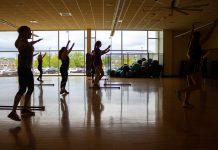 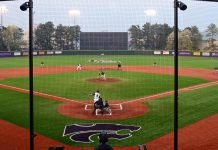 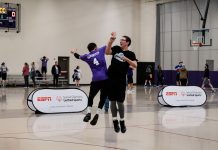