Heavy rainfall across the state of Kansas during May spelled for some issues, the most prominent in the Manhattan area being the threat of flash flooding in low elevation areas and Tuttle Creek Lake reaching capacity.

The significant amount of rain also impacted one of the state’s biggest and most recognizable industries: crop production.

“Heavy rains combined with very low temperatures compared to previous years are kind of a perfect storm for many, multiple situations … in the next couple weeks,” said Ignacio Ciampitti, associate professor of agronomy and cropping systems specialist, on June 12.

The cool weather and heavy precipitation can delay planting (for late spring, that means corn and soybeans) and affect the timing of seed germination and sprout emergence from the soil.

Because the moisture could delay crop planting and crop growth, the growth period for crops may be behind schedule, potentially pushing harvest past the normal season window.

However, there are strategies to deal with this situation. Since many of the crop planting and growing times have been delayed by May’s weather, Ciampitti said K-State faculty and other crop industry researchers can provide information on late planting stages, and some crop producers are making changes to their management practices.

“When you’re looking at soybeans, many things that farmers are doing, in some situations … they are adding more plants with the goal of trying to make sure all those plants will close the canopy faster, will intercept more light and will compensate for lack of light,” Ciampitti said.

Another strategy is planting rows of seeds closer together (a spacing change from Ciampitti: 30 inches to 15 inches between rows) which will close the plant canopy faster and result in a shorter season for the crops.

Time will tell how May’s rains and cool temperatures will affect profits from wheat harvest, which begins in mid-June and lasts into July, and the corn and soybean crop harvests in the fall.

At the end of May, Tuttle Creek Lake’s reservoir inched closer to its 1,136 foot elevation threshold, and after the U.S. Army Corps of Engineers began water releases from the outflow tubes into the Kansas River, the level slowly declined.

The effects of the abnormal rainfall were felt throughout the state: Kansas Governor Laura Kelly’s most recent disaster declaration asks for “a major presidential declaration for the public assistance program for 63 counties in Kansas as a result of widespread, record rainfall and severe weather causing flooding, flash flooding and tornadoes beginning April 28,” according to the June 10 news release. Riley County is included in this list.

The National Weather Service records Wichita’s May 2019 rainfall at 12.64 inches, 8.07 inches above the 4.57 inch average for May. Salina’s precipitation average shows higher numbers than normal; Salina saw 8.72 inches of rain that month, almost double the normal amount of 4.75 inches. 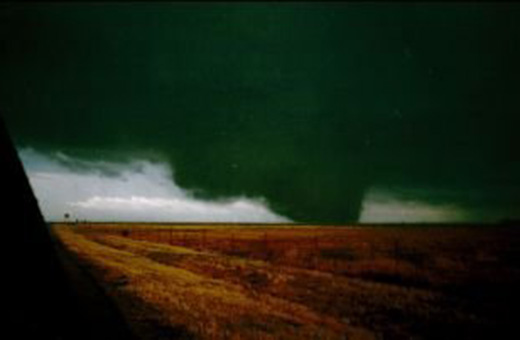 So far a quiet season through ‘Tornado Alley’