K-State senior Michael Leverett has found spending his summer as a resident assistant to be an efficient way to build connections, and earn money doing it.

Leverett, senior in social sciences, was hired as a resident assistant in Goodnow Hall for the summer of 2019.

“I got the summer position because of my experience as an RA the previous year in Putnam Hall,” Leverett said. “However, for the summer you do not need previous RA experience to get the job.”

The hiring process was competitive, Leverett said, but he knew that being a summer resident assistant would be a valuable experience in the long run if he got the position.

As a resident assistant, Leverett’s responsibilities include ensuring that all of the residents are having a positive experience and creating relationships to managing safety within the hall’s community.

“Primarily, I serve as a resource to our residents to help connect them to campus and the community,” Leverett said. “The residence halls provide programs that range from fun to educational programs.”

Resident assistants also have the responsibility of being present and available for any residents who may need assistance. Once a week, Leverett is assigned to be on duty during the night.

“Being on night duty is not usually too crazy, I just have to stay in or close to the community,” Leverett said. “Every night is different in terms of what calls or issues I may have to deal with, ranging from roommate conflicts to building issues.”

The tasks and responsibilities of a resident assistant are different depending on whether a person is working during the school year or during the summer.

“During the regular school year you have more residents and more staff, and in the summer, fewer residents and less staff,” Leverett said. “The standard responsibilities remain the same such as making rounds of the building and night duty but with fewer people, I have noticed less concerns and issues.”

Originally from from Memphis, Tennessee, Leverett transferred to K-State at the start of his junior year. When the opportunity to become a resident assistant presented itself, he took the opportunity as a chance to further immerse himself in the K-State community.

“As an out-of-state student, becoming an RA aided me in building new relationships and has had an impact on my entire K-State experience,” he explained. “I wanted to give what I received as a new student to other new students on campus. I have gained patience and empathy by getting to create relationships with different types of people. It has made me a better person.”

Leverett hopes to continue in his position as an RA for the upcoming school year because it has been an enlightening and rewarding experience for him. 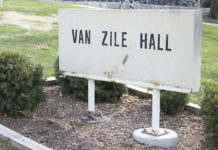 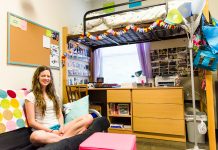 10 helpful tips for living in the residence halls