If you’ve been on the east side of the K-State Student Union this week, you might have noticed that construction has begun in the future location of the Morris Family Multicultural Student Center.

On the original timeline proposed at the April 29 site unveiling ceremony, construction was proposed to begin in July, but work didn’t get going until late this month. The project is in its early stages as trees on the plot are removed and utility lines are rerouted, but vice president for diversity and multicultural student affairs Adrian Rodriguez said he feels like the project is on track despite its late start.

At this point, the KSU Foundation has secured more than $5.1 million needed for the project. Rodriguez said the guaranteed maximum price for the building is just over $5.5 million.

“We have the funding to obviously get the project going and underway,” Rodriguez said. “Obviously, there’s the commitment on the part of the university to see this building through.”

On an “aggressive” construction timeline, Rodriguez said the center would be complete by the start of the fall semester in 2020.

“As you can see now, we’ve been able to make some advances,” Rodriguez said.

Once site preparation is done, Rodriguez said, students can expect to see workers tearing into Mid-Campus Drive. Then, excavation into the site will begin. Once that begins, the foundation will be laid and construction of the physical structure will start.

One of the key components of the building, Rodriguez said, is that it will be a separate entity from the Union, a factor emphasized by the Multicultural Center Project Action Team. On the ground level of the center, however, there will be an entrance that connects the two buildings.

“As you can see, from the renderings, it does have that stand alone appearance which is really important for us in form and function,” Rodriguez said. “But right there, with that immediate adjacency and proximity to the Union, it started to make sense to create some connection.”

Rodriguez added he’s heard positive reactions from students who are excited to see movement on the project that’s been in the works for several years.

“I think one of the greatest things for our students, for our campus community is for us to see progress,” Rodriguez said. “There’s been a lot of energy and momentum, but now to actually see construction underway, I think that’s very reassuring and I think it’s going to be good for our campus climate and for students.”

But all this progress, as with anything, takes time.

“Time, I think, has been one of the great challenges in us moving to this juncture,” Rodriguez said.

In the meantime, the construction process could be a barrier to campus traffic.

“There’s going to be some disruption to current flows and routines, but I believe it’s all well-worth it,” Rodriguez said. “I think we can put up with a little bit of that because what we anticipate from this building, from this space I think is just going to be incredible for our university and for where we are going.” 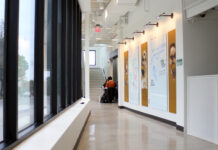 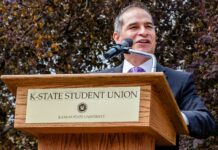