Home Community Opinion REVIEW: Boscology 101 podcast has something for everyone, not just K-State students

Post-retirement life is typically a time to slow down, but not for Kansas State’s former vice president of student life and dean of students, Pat Bosco.

A little more than a month after finishing his final academic school year, he launched his new podcast, Boscology 101, on July 11, with three episodes ranging from three to four minutes.

The first episode is called “The Culture of K-State.” The history of K-State is information many students may already know: we were the first land-grant school in a time when opportunities were only open to the wealthy few, and K-State was the first one to open its doors to all students. Listening to this episode was a good trip down memory lane. I always learn something new every time I go through the school’s past, and it just makes me prouder of our school.

In the second episode, “The First Question Should Be ‘Why?'” Bosco said that this idea specifically applies to leaders. Personally, I noticed in my life and in my college experience that I find myself doing a lot of things and could never really answer this simple question. Was I doing something because I really wanted to or was I just going through the motions? This episode hit home for me and I think its message is one that everyone needs to hear. If you can’t answer the why in doing something, then what’s the point in doing it?

In the final episode in season one, “The Power of Listening,” Bosco told a story about his daughter and when he learned that no matter how old they are, people still want to be heard. One of the things that stood out the most was when Bosco referred to listening as the greatest psychological hug you could give to someone. The episode reminds the listener that no matter how old they are nothing beats the feeling of someone really listening to you.

Boscology 101 is great podcast for any K-Stater to listen to. Bosco’s insight on leadership and his love for the school is heard in every episode. I would encourage any person, not just current students, but anyone who is interested in coming to K-state or an alumni to subscribe to this podcast. Everyone can get something out of it, and since the first three episodes came out in July, Bosco has released four more. If you have extra time to list to some words of wisdom I would hit that subscribe button.

Listen to “Boscology 101” wherever you find your podcasts. 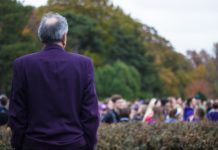 Life after retirement: Pat Bosco’s days are ‘much different’ 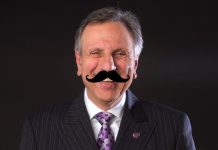 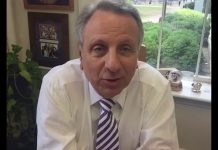