In French 720, students are working to translate the diary of an unknown French World War I soldier, a project that French professor Kathleen Antonioli said will progress over the course of the semester.

In the French translation class, Antonioli said she typically chooses to have students translate a document from K-State Libraries. This semester, that wasn’t an option.

“My first thought was to translate something from K-State,” Antonioli said. “Then, the library burned down.”

The diary being translated comes instead from the National World War I Museum and Memorial in Kansas City, Missouri.

Although the diary has been digitized and is available online through the museum website, it has never been translated before.

“[The museum] said that they’d be really interested in finding out what’s in the diary, and so we’re going to work on translating it,” Antonioli said.

Mike Vietti, director of marketing, communications and guest services at the museum, said the museum appreciates the efforts made by the class to share the diary with a greater number of people.

The diary is the first part of a three-volume set, the middle of which is listed as lost by the museum. Antonioli said she plans to eventually see both known volumes translated.

“The first volume is 74 handwritten pages, so I don’t anticipate that we’ll do both volumes this semester, but we might be able to get through the first volume,” she said. “We’ll see.”

Less than two full weeks into the semester, French 720 students are already excited about the translation project.

Kiara O’Dea, fifth-year senior in secondary education, French and international studies, said that while translating the diary proved to be difficult early on, it is fascinating.

“I think it’s really cool that we’re going to be the first people to actually understand what’s going on in the text,” she said.

The process of translating a hand-written document can be more in-depth than that of one that is already typed out.

While O’Dea said the classroom environment has been positive and full of laughs so far, she also said there has been one point of contention between the students and their professor: the author’s penmanship.

“He has really lovely handwriting, so I find it really readable,” Antonioli said.

However, some of her students disagree.

O’Dea said that for her, decoding the handwriting has been the most difficult part of the translation process so far.

“[The diary] is written in cursive which nobody really uses anymore,” she said. “Yes, it’s super well-written, but the style is different than what I’ve been used to, so figuring out things like what’s a ‘P’ versus a ‘J’ has been really interesting and a lot of guess-work.”

Another component of the journal that O’Dea has been surprised by is the tone of the author.

“I wasn’t expecting [the diary] to be as aggressive as it is,” O’Dea said. “Already on the first page of the diary, he says, ‘I want to go to war to kill as many Germans as possible.’

“It’s really interesting because we’ve had to find English translations for what are essentially racial slurs against Germans. It was weird at first to be using them, even in the academic context of the class, but we have to use them in translation because we want to be true to the text.”

The author of the diary was a volunteer soldier who began in the 5th Battalion in 1914 and quickly moved up in ranks to the tenth. Apart from this information, the author’s identity remains unknown.

O’Dea said she’s excited to learn as much as she can about the French soldier.

“We know that the diary ends toward the end of World War I, but we don’t know for sure if he makes it,” O’Dea said. “I want to find out if he survives.”

The theme of aggression is another thing O’Dea says she’s interested to see play out later in the diary.

“I’m curious to see if his attitude changes because right now he’s really gung-ho about the war,” she said. “I wonder if later on he’s going to be like, ‘this is awful, and I want to be done.’”

At this point in the semester, Antonioli’s French 720 class has transcribed more than 12 pages of the diary. The translating is a bit more slow-going.

“For now, I can tell you that there’s this really interesting first page,” Antonioli said, “but we don’t really know what’s going to happen with it. It could be that at the end of the semester we’ll know more.”

Antonioli said the lessons learned throughout this process transcend one semester-long project.

“One of the things I’m hoping [students will] get out of it is learning how to be an effective translator, so that if some day they want to do either paid or volunteer work, they’d be able to do a reasonably good job,” she said. “With the diary specifically, one of my goals for us is to identify a need in the community and to be able to help an organization fill that need.” 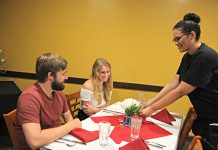 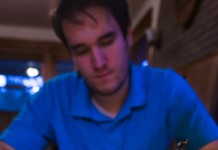