Home Featured Home ‘She has the purest heart’: The tale of how a football player... 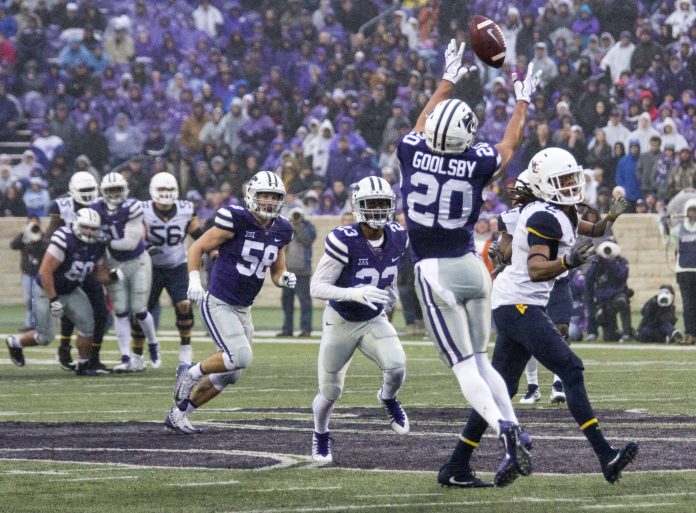 The life of a student athlete can be tough. In addition to the rigors of athletics and academics, there is also the attempt to have a social life.

Their relationship started at the athletic training table when Goolsby saw Cramer sitting alone and decided to sit by her.

“I was so surprised when he sat by me that I almost passed out,” Cramer said. “We both clicked from the beginning and discovered we had a lot of things in common.”

While the two hit it off at training table, they found that we were even more compatible on their first date.

“We had lots of life talks and got to know each other on a deeper level,” Goolsby said. “She has the purest heart and I cannot say enough good things about her.”

While their relationship continued to develop and grow, their parents were able to see it evolve as well.

“My favorite thing about them is the amount of compassion they have for others,” Maybrit Cramer said. “They are both wise beyond their years.”

One of the things the couple has in common is that they both wear number 20 in their respective sports.

“Both of us wearing number 20 is a coincidence,” Goolsby said. “I had to change numbers when I changed positions from wide receiver to safety. It’s kind of funny looking back that I chose number 20 because she has worn it her entire career.”

“The fact that we share number 20 is really special,” Cramer said. “It is something that we can tell our future kids and grandkids about.”

Despite the strong bond they formed right from the start, the couple has dealt with personal adversity a majority of their life with injuries and tragedies.

“The adversity they both have gone through has made them very mature,” Maybrit Cramer said. “They have lots of strong faith to lean on.”

Both Goolsby and Cramer have found success on the athletic field. Goolsby has been a starter for the last three seasons for the Wildcats at safety, won the Cactus Bowl defensive MVP in 2017 and was voted one of the team captains this season. Cramer has started at least one game all four years, is tied for second in program history in assists and was also voted a team captain this season. They both use each other as motivation before games.

“We both give each other pep talks and try to build each other up as much as we can,” Goolsby said. “We are really good about being a team.”

While the couple has been successful on the field, they have been equally as successful off the field. Both Goolsby and Cramer have been first team Academic All-Big 12 two times.

“We are both extremely competitive with anything we do and it has carried over to the classroom,” Cramer said.

If someone were to look at their social media feeds, specifically their Twitter pages, they would see lots of tweets from them retweeting a highlight of each other and adding a comment to the highlight, giving the other one more recognition and praise.

“Our relationship is unique in the fact that we both play at the same college and we see the hard work each other does so we want to express all the work to the world on social media,” Cramer said.

When the couple has free time you can expect them to be outdoors.

“We are very active and like to go hunting and fishing together,” Goolsby said. “We use our time together to get away from sports for a little bit and to rest and recharge, and my favorite thing about our relationship is that we don’t get complacent.”

Looking ahead at K-State Athletics