Many decades ago, Kansas State hosted Martin Luther King Jr. in Ahearn Field House where he gave a speech titled “The Future of Integration.” In this speech, King spoke about the inherent inequality caused by the separation of people based on their race.

At this point, the Supreme Court already reversed the Plessy v. Ferguson decision that established the doctrine of “separate but equal.” While King saw this as progress, he recognized there was still a long way to go in the area of race relations and integration of facilities. For many decades this university and the rest of the country made great strides towards integration.

However, Kansas State just dealt a major blow to the these ideas.

Last April, President Richard Myers and Pat Bosco, former vice president of student life and dean of students, announced a new multicultural student center will be added to the K-State Student Union by the summer of 2020. This new center will be open to students of all backgrounds, ethnicities and religions. However, the name of the center alone suggests otherwise. This center is targeted towards non-caucasian students, under the premise that non-white students do not feel accepted in the current Student Union.

LETTER: K-State should continue to strive for a fall break

If this is the case, the university should have worked harder to make students feel comfortable in the Student Union. Instead, the university responded by creating the Morris Family Multicultural Student Center, blatantly ignoring the wise words spoken by Reverend King on this campus more than five decades ago.

This decision is dangerously close to state-sponsored segregation. The center is targeted towards every racial group except white students. This segregation of students comes less than two generations since the barring of legal segregation in this country. It only took K-State a few years and a few atrocious decisions to reverse the work done by Reverend King and thousands of others.

While I make no claim that this multicultural student center creates an environment anywhere near the terrible conditions placed on African Americans and others in the past, it is at the very least a step in the wrong direction on an extremely slippery slope. With race relations on K-State’s campus already stressed by a number of racist hoaxes, and the United States at large feeling the pressure from multiple racially charged situations, it is no time to be further separating students.

It is time for mending on this campus and in this country: a time that calls for all students to spend more time with their peers of all races and religions. Healing takes active participation from every student, in every college, in every state if we are to hold ourselves to King’s high expectations.

Bayley Clark is a senior in political science. The views and opinions expressed in this column are those of the author and do not necessarily reflect the official policy or position of the Collegian. Please send comments to opinion@kstatecollegian.com. 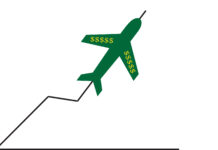