Thomas Lane, vice president of student life and dean of students, told dozens of Kansas State faculty, staff and students he was stressed about his talk on Thursday, as he finds it awkward talking about himself although he is fascinated by others’ journeys

The attendees grabbed a free lunch and listened to Lane discuss his life story in a speech titled “The Irony of Life in Student Life.” He said he thinks of his life in four distinct chapters, each based on geographic location. Lane grew up in the cornfields of Danville, Illinois. Here, Lane said he learned many of his values through family.

He remembers spending time with his mom where she worked at a women’s shelter, and questioning, even as a little kid, if there was any way to prevent women’s abuse in the first place.

“It was one of the first times I remember thinking about the importance of addressing root causes,” Lane said. “That really informs my thinking, as I think about the work that I do in student affairs and student life. How we respond comprehensively to such issues as preventing sexual assault, alcohol and drug misuse and abuse, hazing, racism, prejudice, how we try to attack the root causes.”

As an undergraduate student at Illinois State, Lane said he had no idea what he was doing, but he said he had a really good time. At the end of his freshman year, Lane had a 1.8 GPA.

Lane did not achieve his goal of being on the entertainment committee, but he did accept a position on the student center board, which organized events in the student union. This was the beginning of his life in campus programming.

“This was certainly not the glamorous position that I was hoping for, but it was one of the many, first most important lessons that I learned in my student affairs journey: success is often first disguised as failure,” Lane said.

Wanting to gain a student leadership position, Lane was motivated to succeed academically, and he did. He formed a personal mission statement that he said still resonates deeply.

“My mission is to live with honesty and integrity,” Lane said. “I’m constantly eager to diversify and grow, remaining constant to my principles. To fulfill this mission, I make and keep commitments. When I give my word I follow through to the best of my abilities.”

After graduating, he worked in Student Affairs at Illinois State for three years before moving to Fargo, North Dakota, and working across the Red River at Minnesota State University Moorhead. His first winter there, 117 inches of snow fell, and in April, the Red River crested at almost 40 feet. He saw the town come together day and night to protect homes.

Later on, he ran for the 41st District seat in the North Dakota House of Representatives, and lost. Looking back, he sees this as a success disguised as failure. He got involved in Fargo’s city government, and the mayor appointed him to the city’s planning commission. In 2002, he won a seat on the Fargo City Commission. During this time, he remembers having sharp debates with colleagues, and still getting along well with them.

At MSU Moorhead, Lane worked toward becoming a fraternity advisor and during that time, a student died from alcohol poisoning. It was his first student funeral.

“[It] served as a visceral reminder to me as a young student affairs professional, the important role that I need to play in helping foster healthy choices surrounding alcohol and other drugs on campus,” Lane said.

In 2006, Lane moved to Springfield, Missouri, working different positions at Missouri State for the next 14 years.

“During that time, I became acutely aware of an aspect of student life that I still connect very passionately with today: college student mental health,” Lane said.

After describing a student suicide in 2015, Lane cited a study estimating 1,300-1,400 college students die by suicide annually. Lane said this hits hard because his own grandfather committed suicide, and he couldn’t keep himself from asking what he could have done.

“The reverberations of my grandpa’s death stay with me, and they motivate me to talk openly about mental health, suicide awareness,” Lane said.

With awareness of these issues going forward, Lane said he is excited for the next chapter of his life at K-State.

“I close with a challenge,” he said. “Think about the talents, the skills, the knowledge, the compassion that you possess. Think about what you’re passionate about when it comes to working with our students or with your colleagues. And always remember, always remember that each day is a gift.” 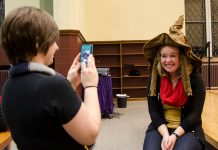 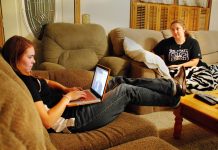 Want to be a better roommate? Here are five tips to help you out 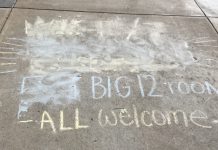