Home Culture Feature It’s about more than winning for competitors in the K-State Super Smash...

Kendon Ehrhart is a custodian at Kansas State. He lives a normal life, with a normal job and has normal hobbies — such as playing video games. On Saturday, Ehrhart participated in the K-State Smash Bros. Club’s first monthly tournament called The Manhattan Project.

The tournament took place in the Tallgrass Room in the Kramer Complex. The event lasted twelve hours, going from 10 a.m. to 10 p.m., and had around 40 attendees from all of Kansas and Nebraska.

“I guess as a kid I played it a lot against my brother,” Ehrhart said.

He said started to participate in tournaments only this year after he learned about the Smash Club’s weekly local tournaments.

“I kinda went into it not thinking that I would stick to it, but when I got here, the community was really great and welcoming,” Ehrhart said. “I don’t see myself stopping anytime soon.”

Ehrhart is not alone in this story. The Smash Club is a growing community on campus, so much so that they are now hosting monthly tournaments that allow more participants and bigger prizes.

“After I joined seeing how the people are a much higher level than me actually helped me because I saw what I can improve on,” Jose Ortega, freshman in business administration, said.

Trenton Schnieder, participant in the club’s tournaments and sophomore in psychology, said prior to this last weekend, Smash Club was hosting weekly tournaments and attracting around 30 participants. Those tournaments, which will continue alongside the new monthly ones, ask each participant to pay $2 for a winner’s pool.

“The monthly has a higher cost so the idea is that more people from out of town would come,” Max Maus, participant in Smash Club and sophomore in computer science, said.

The cost to enter the Manhattan Project was $10 for the singles tournament and $5 per teammate in the doubles tournament. That means a bigger payout for tournament winners.

“I was an athlete in high school, I wrote for the newspaper and sang in the choir,” Emporia State student Benjamin Crumb said. “In college, I didn’t really have an outlet and I decided that this would really help with that.”

The winner of the tournament left with a prize of $182. Second, third, fourth, fifth, and six places also got cash prizes.

Kenny Ehrhart didn’t win any of the prizes at The Manhattan Project, but he said he plans to keep going because he loves the atmosphere.

“There are a lot of good people here that I like being around,” he said. “I may not have won, but I like the game and I want to keep playing with these guys.” 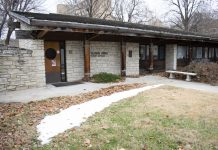 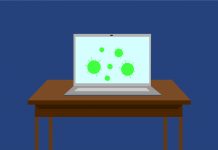