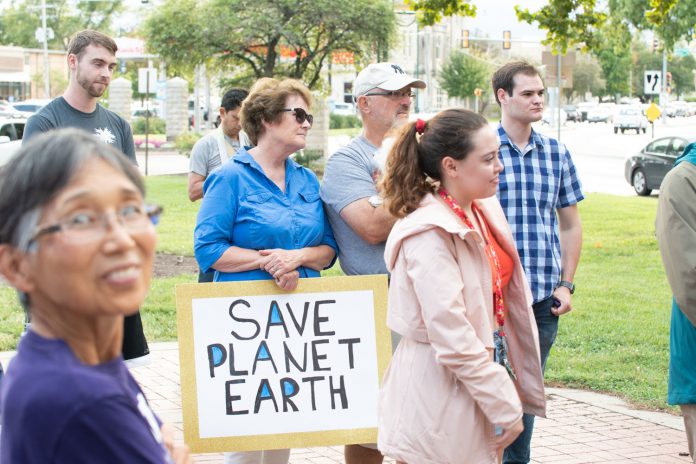 Greta Thunberg soared to international attention after her 2018 protest outside Swedish Parliament. Thunberg originally protested alone until a series of Tweets brought her cause to the eyes of the world. Her most recent speech at the United Nations Climate Summit propelled her back into the world’s spotlight — and scorn.

She has been derided as a “mentally ill” child who needs to be “spanked”, compared to Nazi Propaganda, a “brainwashed” child and other egregious names. These attacks focus on her age, gender and cognitive capacities in one way or another; but they are all remarkably silent on one matter — the actual substance of her advocacy. Rather than debating the scientific merit of climate change or offering solutions to mounting environmental problems, many of Thunberg’s critics have attacked her.

But, for the sake of argument, let us assume that Thunberg is wrong. Let us assume that climate change is not a real phenomenon and that she has been advocating a false cause. This would in no way excuse the vicious personal attacks against her, and such ad hominem arguments are useless for public discourse anyway.

But, could we still make the argument that she is being “used” by the left or that she has been “brainwashed”?

Perhaps Thunberg has been coerced into this cause. However, this is patently false. Not only is there no evidence of her being coerced, but there is all the more evidence of her genuineness. Jonathan Watts of The Guardian describes what it was like for the introverted teenager to protest alone outside of Swedish Parliament: “Her parents tried to dissuade her. Classmates declined to join. Passersby expressed pity and bemusement at the sight of the then unknown 15-year-old sitting on the cobblestones with a hand-painted banner.”

The other alternative might be that she was brainwashed into believing climate change is true for the sake of propagating socialism. The argument here is that the left is using her as some kind of shield to render climate change immune from questioning and a potential government seizure of the means of production inevitable.

The fundamental question here is whether she has been “brainwashed” or “misdirected.”

If she has been raised in an environmentalist echo chamber and is unwilling to reason through her position, then a case can be made that she has been brainwashed. However, there is insufficient evidence to justify this conclusion. Furthermore, it is belittling to jump to such a conclusion.

Such is the case with Rich Lowry from The National Review: “There’s a reason that we don’t look to teenagers for guidance on fraught issues of public policy. With very rare exceptions — think, say, the philosopher John Stuart Mill, who was a child prodigy — kids have nothing interesting to say to us. They just repeat back what they’ve been told by adults, with less nuance and maturity.”

Notice that Lowry does not actually demonstrate a falsehood in Ms. Thunberg’s core position. He merely asserts the subjective generalization that she has nothing “interesting” to say due to her age. However, from my life experiences and perhaps the lives of many others, we can attest to how we were more articulate and knowledgeable of certain public policy issues at age 16 than many adults. Age is irrelevant here.

I think there is good evidence that Thunberg knows exactly what she’s talking about. Consider the testimony of her father: “Over the years, I ran out of arguments. She kept showing us documentaries, and we read books together. Before that, I really didn’t have a clue. I thought we had the climate issue sorted. She changed us and now she is changing a great many other people. There was no hint of this in her childhood. It’s unbelievable. If this can happen, anything can happen.”

Crowdsourced: The keys to surviving college

The other possibility, if we assume that climate change is false, is that Thunberg has been misdirected. Suppose someone in good faith, looking for the truth, comes to the wrong conclusion due to an error in their reasoning or a hidden assumption. It’s not that they are unwilling to see reason, but something else has happened. If that is the case with Thunberg, then we should be encouraging her to seek the truth and not slandering her.

But let’s flip the script.

Let’s suppose that climate change is true and that we are throwing human civilization and all life on Earth towards another mass extinction event. All human achievements, our memories, the beauty of the world, are under threat of erasure.

If this is the case, then Greta Thunberg is a hero.

It doesn’t matter whether or not we believe this alternative scenario is absurd. If climate change is really destroying the earth, then her activism is all the more crucial. If her position is correct, then she is not brainwashed or misdirected. She has been proclaiming the truth. If climate change is true, then the consequences are severe and anyone who can awaken our conscience should be speaking.

Even if we think it’s somehow “indecent” for children to get involved in politics, perhaps extraordinary times call for extraordinary measures. As Thunberg said in her U.N. speech, “This is all wrong. I shouldn’t be up here. I should be back in school on the other side of the ocean.” Her point is that an issue as obvious as climate change should not require a child to surrender their childhood to save the world.

Allow me to close by making a confession and some final observations.

I am not a climate scientist, and the graph and statistics-filled debate tends to dizzy me. I have tried my best to understand the complex science, but, when I gravitate more towards one side over the other, I am promptly told by the opposing side that I am deluding myself. That is the last thing I want to do to myself.

If there is someone who can offer me definitive evidence and address all of the arguments of the opposition, then I will greatly appreciate it.

Still, I do lean a certain direction, and that direction is conservation. The greatest living conservative philosopher today, Roger Scruton, has argued that conservatives should be environmentalists. Conservatives should cherish their inheritance, the work of our ancestors and the flourishing of unborn generations. This involves caring for the planet while paying attention to human flourishing now. Scruton has been a defender of economic freedom, traditional values, protested against socialism and communism and is an outspoken environmentalist.

Perhaps what divides us is not our political labels but our proposed solutions. Maybe the whole climate change debate is merely a distraction. The real question is: how can we maximize human flourishing now and save the earth for future generations?

Alas, the answer is beyond the scope of this column.

But, returning to my original point — our treatment of Greta Thunberg should not be one of scorn or dismissal. She cannot be immune from criticism or questioning, for such immunity is patronizing and infantilizing, but there are of course proper and improper ways to disagree with someone. And, if we do not know the difference between reasoning and insulting, then we are pathetic.

Suan Sonna is a sophomore in political science and philosophy. The views and opinions expressed in this column are those of the author and do not necessarily reflect the official policy or position of the Collegian. Please send comments to opinion@kstatecollegian.com.