The Residents Assistants of Jardine hosted the Furry Friends 5k on Sunday in partnership with Peer Advocates for Mental Wellness and Success, Riley County Fire and Police departments and Lafene Health Center. The race was an effort to encourage mental health and wellbeing in Jardine Apartments and beyond.

The race was planned by a committee of five resident assistants. The planning committee chose to put on this event because it encourages well-being. Junior in animal science and industry Samantha Newberry is a member of the committee.

“For this event we pushed dogs being there as a mental health aspect … as well as running being involved because there are just so many signs that show that being active and being around people is just really positive and really good for your individual wellbeing, and that is what we were going for with this event,” Newberry said.

The committee met for about an hour once a week this semester to straighten out the logistics of the fun run. Caleb Keltner, sophomore in economics, mapped out the course for the 5K.

“I already liked running, so I had a general idea of what I wanted to do,” he said. “I was told to keep the course within Jardine confines or at least the campus … So I looked at the Snapchat map which outlines the K-State campus, and stayed within those confines … and then tracked the distance and came up with a route.”

The 5k brought out 18 runners and several furry friends. Most participants were Jardine residents, as the race was primarily advertised by printed flyers throughout Jardine.

Gleyder Roman Sosa, post-doc in veterinary medicine, finished first with a time of 21:18.

“My RA was encouraging me to run from the very beginning so I decided to come out,” Sosa said. “I like to run a lot and I like to run with people. The puppies are fun too, so it was a good run and I had a lot of fun.” 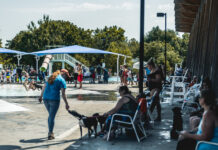 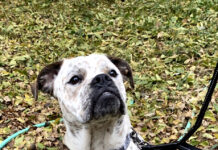 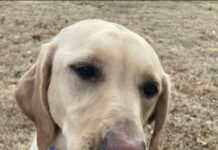 Dog of the Day: Tessa