President Donald Trump rescinds his offer to host the next G7 summit at Trump National Doral, his luxury golf club near Miami, Florida. The intent to use the resort was announced on Thursday. Democrats in the House of Representatives and the Senate introduced a bill called “Trump’s Heist Undermines the G7” or the Thug Act to prevent the use of Doral. Trump cites criticism from media and Democrats for the change. Camp David, Trump said, is a possible venue for the summit.

Protests continue in Hong Kong on Sunday despite police banning the march. The march, according to the New York Times, began peacefully but eventually resulted in vandalism and violence. Police retaliated with tear gas. During protests last week, unknown protestors detonated a homemade bomb. No one was injured according to Hong Kong police.

Days after opening Chick-fil-A’s first restaurant in the United Kingdom, the company announced it will close the location within six months following LGBTQ rights protests. Chick-fil-A says the location was always meant to be a limited time venue. United Kingdom-based advocacy group Reading Pride shared a statement on Twitter saying it is “staunchly opposed to Chick-fil-A setting up shop in the UK and certainly in Reading.” 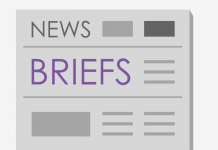 Americans setting themselves up for failure in 2016 election