Home Culture Feature From Japan to K-State: The story behind the glass artwork in the...

Some artists use canvas. Others, express themselves with a pen. Mitsugi Ohno‘s medium was glass.

Ohno was originally from Japan, and he worked as a glassblower at the University of Tokyo. He died of cancer on Oct. 22, 1999, but his work lives on in the K-State Student Union.

Former head of the department of physics Alvin Cardwell recruited Ohno to Kansas State in the late 1950s. He crafted glassware pieces for chemistry faculty.

Ohno quickly gained a reputation for being able to make anything the chemistry faculty required for their experiments — including a true Klein Bottle, a twisted tube folded through itself.

The process of making such a thing was very difficult. When Cardwell told Ohno to make the apparatus, he struggled with it for days. He lost all hope, deeming the task impossible. A week passed, and Ohno had a dream in which he completed it. The solution reportedly dawned on him and he bolted out of bed. It was then that he made the first-ever Klein bottle at 4 a.m.

“It’s making custom instruments for research for stuff that hasn’t been done,” he said.

Hodgson compared these instruments to the wild arrays of tubes and valves in a “Frankenstein” movie.

Ohno had a multitude of sculptures displayed across the globe, from the Tokyo Imperial Palace to the second floor of the Union.

Most of the works displayed on campus are of various structures from both American and K-State history, from Anderson Hall to the U.S.S. Missouri. Each piece was a colossal task, with his sculpture of the White House taking 1,800 hours to complete. This massive model weighs only 14 pounds.

“What you see here is his hobby,” Johnson said. “There are hundreds of hours worth of work in building each of those models”

Hodgson said Ohno was generous in his work and time.

“He never took any money for any of the works he did,” Hodgson said. 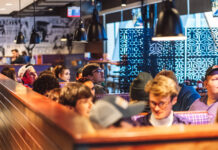 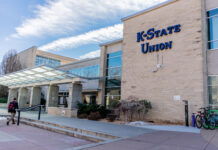