Even in the middle of the Kansas plains, there is a place where cheetahs, emus and hyenas roam.

Sunset Zoo is home to 300 animals of over 100 different species. It is divided up into five separate areas: Kansas Plains, African Forest Trail, Australian Walk-About, Trails of South America and Asian Forest Trail.

The zoo dates back to 1929 when the city of Manhattan bought an area known as Sunset Cemetery. However, part of the land was too rocky for burial — they built a zoo instead. The zoo had animals as early as 1930 but wasn’t chartered until 1934. As such, it maintains a founding year of 1933.

It also has ties to Kansas State — Dr. EJ Frick, former head of surgery and medicine at the School of Veterinary Medicine, volunteered his time to the zoo in 1933.

The Works Progress Administration granted the city funding to construct exhibits and buildings of limestone, most of which are still standing today.

The city updated the zoo in the 1980s with funds raised by fees. After the upgrades, the fee helped take care and conserve animals.

The Association of Zoos and Aquariums accredited the zoo in 1989. On Tuesday, Kristin Vehrs, AZA executive director, gave the zoo its credentials.

“The application is lengthy,” Vehrs said. “It can take up to six months to do.”

With the accreditations, Sunset Zoo can access new animals or species by working with other accredited zoos.

“We go through this huge matrix,” Scott Shoemaker, Sunset Zoo director, said. “We also have to ask ourselves, ‘Will it work well with our collection? Can it live here?’ There are many factors that go into getting new species. We have two bobcats here that are orphans from Milford Lake. We never take wild animals.”

The zoo also shares a close relationship with K-State. Some students volunteer or work at the zoo.

“I’ve worked there for two and a half years — and I plead the fifth,” said Amanda Young, customer services employee and senior in computer science. “I don’t actually work with the animals — except the peacocks, I guess. They hang around nearby sometimes.”

The zoo prides itself in teaching others the importance of animals, conservation and nature. They have many events and educational activities for children to enjoy such as discovery programs and animal ambassador programs.

“We have one of our largest events of the fall, Spooktacular, which will have over 20 community booths, and we’ll be handing out candy and having a costume contest, ” Melissa Kirkwood, marketing and development officer, said. “Over five thousand attendants come during the two days.”

Spooktacular will be on Saturday and Sunday noon to 4:30 p.m.

Sunset Zoo also has a master plan to expand and enhance the zoo. They are currently taking in donations to help break ground in early 2020 for Expedition Asia.

“We plan for Expedition Asia to be open in 2021,” Shoemaker said. “It’s up to the public with donations for the other phases.”

According to the website, they have up to three other plans for the zoo — including giraffes, lions, and lemurs. 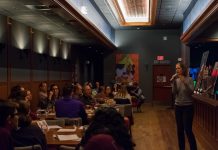