Tucked away on a cold and windy Wednesday evening, a group of writers gathered inside the third floor of the K-State Student Union. They sat around a table with their laptops out, critiquing and complimenting each other’s writing.

This group, called the Quill Club, is dedicated to workshopping creative writing.

Stephanie Wallace, club president and graduate student in English, said prior to this group she was involved in a different club called Creative Writing Enthusiasts at Kansas State during her undergraduate years.

“At the time, [Creative Writing Enthusiasts] was very graduate-student focused,” she said. “It would only meet like once a month, if that, and their focus was mostly on going to writing conventions or writing conferences, more of the professional development stuff. And so, I tried to be happy with it as it was.”

Wallace said she wanted to create an independent organization more focused on workshopping writing, so she formed Quill Club.

Wallace said she decided to name the group Quill Club after flipping through old yearbooks and discovering a similar club with the same name that existed at K-State decades ago.

“It was all devoted to sharing writing; it was actually more essay focused rather than creative writing focused, but it served as a proving ground for people to show their work, debate whose work was best — because they were really into debate clubs back then — but I just really liked the idea of taking that old name and repurposing it for our current group,” Wallace said.

Wallace said workshops in Quill Club are different from the workshops in classes on campus because they don’t look at the piece as a final product so much as a work in progress.

“When you bring it to the workshop class, the author is not allowed to speak — they must be completely silent while the entire classroom debates what should be changed [and] what they liked,” Wallace said.

“So, everyone has a chance to give that feedback, but the author cannot talk or offer what they wanted for that vision,” she said. “Because in the workshop classroom, it’s just assumed that all the students know better than the author or that the teacher knows better than what the author wants on the standards of quality. Whereas, it’s my belief that the author always should have final say.”

Wallace said while she understands the idea that those types of workshops are meant to be “stand-ins” for the public and critics, she wanted to create an environment where everyone was aware that the piece in question isn’t a final draft.

Syndey Anderson, junior in English, said she joined the club because it gives her an opportunity to write and read other writing.

“I was not initially a creative writing major,” Anderson said. “I kind of jumped around a lot. I was music, I was computer science, I was all sorts of things — but I kept coming back to writing because it’s what I found myself doing more than my actual school work, when I was studying those other subjects. So it’s like, ‘Why don’t I just do this?'”

Anderson said she always looks for opportunities to write and enjoys coming to the club even if she has nothing prepared.

“It kind of helps keep it fresh in your mind by going to the these workshops because even if you’re not submitting your work and getting it reviewed, you’re thinking about how to edit other people’s work, you’re thinking about how you’re giving criticisms in a constructive way that can kind of help you look at your own writing differently,” she said. “And I think whether you submit your writing or you don’t, I think it will make you a stronger writer — by participating in workshops.”

Even though Anderson is an English major, the majority of the club is full of individuals from other areas of studies like history, geology or education.

“The reason for this diversity is because a lot of people like creative writing, but not everyone can do it for a living,” Wallace said. “Because all of the writers in here who are not majoring in English recognize that they might have better job prospects in other groups or they care more about different subjects, other than just analyzing writing.”

The club meets on Wednesdays at 3:30 p.m. in Union 305. She said the only requirement to have your writing workshopped is to attend two meetings. 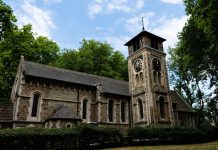