Home Culture Feature TAKE A PEEK AT MANHAPPENIN: How Denzel Goolsby turned his past struggles...

Denzel Goolsby was the last football player in the middle of the field after Kansas State’s exciting win over the University of Oklahoma. A coach hollers Goolsby’s name, telling him to hustle in before the gate closes.

With his helmet dangling from his hands, he starts to head towards the garage when he passes by a young fan holding his hand out. Goolsby pauses for a second, then jogs back to give the boy a high-five — a memory that young fan will remember forever. This short moment embodies what Goolsby is all about — connecting with people and being in the moment.

Though he’s enrolled in 18 credit hours, plays Division 1 football and involves himself in the community, he makes time for the important things in life.

“One of the best things that someone told me when I first got to college is be where your feet are … a lot of times everything else will go away,” Goolsby said.

Goolsby said he was ready for a fresh start at K-State after graduating from Bishop Caroll high school in Wichita. His desire for growth and change came from the heartache that his father put him through. In Goolsby’s freshman year of high school, he said he found out his father was unfaithful to his mother. The pain from that lingered throughout the rest of his time in high school. During that time, he said his father was absent, leaving his mother responsible for all financial needs of him and his older sister.

After his father walked out of his life, Goolsby was forced to think of ways he could make money for his family and get a head start on success. He started his own lawn company at 14 years old and started saving money immediately.

Goolsby’s father re-entered his life during his freshman year at K-State, and slowly they tried to mend their broken relationship. Unfortunately, just six months later his father passed away from a brain aneurysm.

Want to read more of this story? Pick up a copy of the most recent Manhappenin’ Magazine at the release party at 8 p.m. on Thursday at Tate’s on Moro. 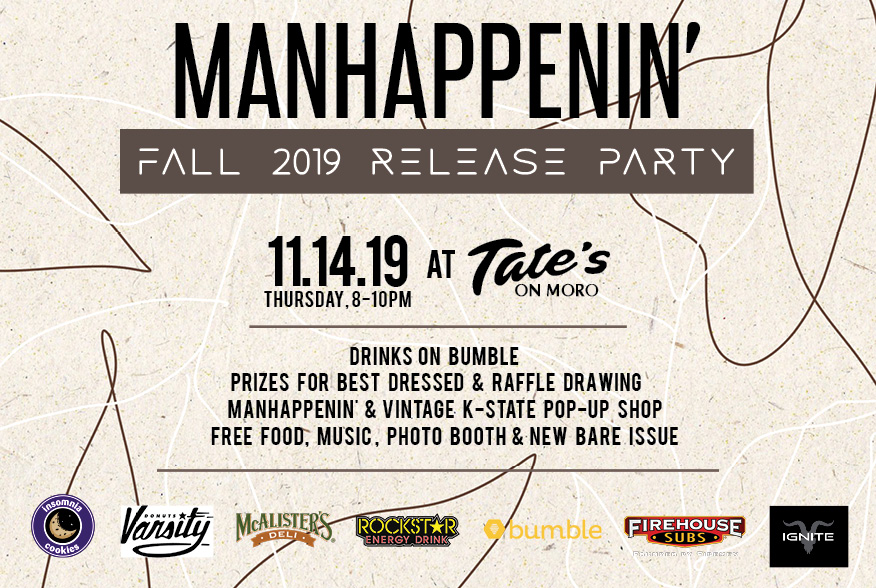 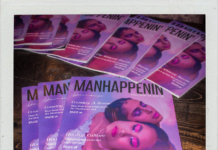 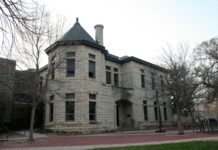 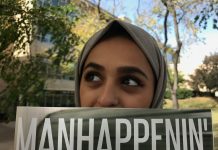