When Kansas State head coach Chris Klieman came to K-State he brought with him a philosophy that was not new to him, but nonetheless was new to K-State.

In the summer, Klieman brought in motivational speaker Ben Newman to see his team. Newman brought with him a new slogan: “Pound the stone.”

Klieman coined his own slogan early in his tenure at K-State. In his introductory press conference, he summarized his introduction to his new team for the gathered media and finished that summary with a “win the dang day.”

Between “pound the stone” and “win the dang day” there is a philosophy that should not be unfamiliar to K-State fans.

Sure, the program has a different face and modernized fan access and game day activities, but at its core K-State football still strives improve day-over-day just like it did under former head coach Bill Snyder. Klieman calls it “stacking good days.”

A major difference, though, stems from Newman, whose clients include K-State, North Dakota State and Alabama among others. He espouses the idea of focusing less on the results of the game and more on the process.

“It’s what I believe in, and what the program believes in and what our staff believes in,” Klieman said during Tuesday’s press conference. “I said this to the players [Monday]: ‘Everybody wants to win and everybody is disappointed when they lose, but if the only thing they did is come to Kansas State … and play football and get a degree, boy I failed them.’”

Klieman said he wants players to get more out of their football careers at Kansas State than a degree and playing time.

“That’s still all a part of the process of battling for one another,” Klieman said. “So that when times are tough — whether it’s on the football field or in life — you have the tools to get through the adversity.”

K-State’s players seem to have bought in to the new focus on the process instead of game results.

“As a whole the locker room bought in fairly quickly,” senior offensive lineman Adam Holtorf said. “It wasn’t instantaneous by any means, but you could slowly start seeing more and more guys buy in. Guys like Ben Newman came in and you start hearing that message from so many different angles and guys continue to buy in.”

Focusing on the process started before the beginning of the season. It started as soon as Klieman met his players.

“When [Klieman] came in, it was never about, ‘We’re going to win x-amount of games,’” Holtorf said. “His big emphasis was on developing us as players and as men off the field, too. … [Winning] was never the emphasis, from the moment he came in it was all about the process.”

The Wildcats will have to apply that lesson this week as they try to recover from a three-point loss at Texas and turn their sights on West Virginia. 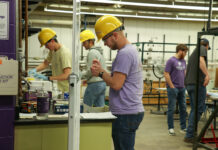 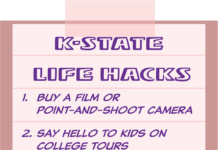 WATCH: As the Wildcats take on Omaha, here’s what you need...