Last week in student senate, Student Governing Association officially voted to reject the recommendation made by the Joint Committee on Officer Compensation.

JCOC makes a recommendation every three years to SGA about compensation for upper leadership positions like the student body president and legislative branch committee chairs.

Creighton Glasscock, a student senate appointee to JCOC and sophomore in computer science, debated in favor of the Bill of Disapproval, saying the recommendation from the committee needs more work.

“I will say that I have no problem passing a Bill of Disapproval on this one. This I think, mainly takes issue with how the report was presented, and I’ll say I too had some issues. I wasn’t quite pleased with how … the decisions turned out,” Glasscock said. “I have no problems with going back and revisiting it.”

Carson Tjelmeland, chair of the travel allocations committee and junior in chemical engineering, was the primary author of the first Bill of Disapproval that passed through student senate on Nov. 7.

“The biggest concern I have is it kind of has very ambiguous details about what the funding allotments were,” Tjelmeland said.

The report, Tjelmeland said, lacked concrete reasoning for decisions and failed to outline what considerations went into deciding compensation for each position.

“But there wasn’t like a basis for how did we get [to that],” Tjelmeland said.

Tjelmeland said he’s okay if the compensation for his position is cut in half, but he doesn’t want to see it cut due to faulty reasoning and misinformation. It’s not the recommended amounts of compensation that the authors of the bill of disapproval had, Tjelmeland said, but the lack of clear reasoning.

“If they came back with the [cut], but with good reasoning, I would be fine with it. I just want the rubric to show the reasoning,” Tjelmeland said.

Glasscock agreed there were some discrepancies and faults in the initial report.

Another reason to get this report right, Tjelmeland said, is because the person who typically serves as chair of JCOC, Larry Moeder, executive director of student financial aid, will retire at the end of the year.

“Whoever takes control of that position will have to use this report to basically decide the funding in three years because none of us will be here to help them,” Tjelmeland said. “I want the report to have adequate descriptions.”

Additionally, he said, he wants to see a rubric of how the committee weighed the value of each position. He also hopes to see reasonings for why some other important positions — like elections commissioner and intern coordinators — aren’t recommended to be compensated.

“I think just having the rubric that describes like ‘This is what it takes to be funded’ will kind of allude to why these positions aren’t funded. I think that will really bolster the report and get it ready for the next year.”

Peter Moyer, attorney general and senior in political science and economics, said via email he wants to see the committee seek more input from himself and other students in leadership positions when deciding the compensation.

JCOC did not reach out to him, Moyer said, when they were making compensation recommendations. In fact, he reached out to them, but it didn’t seem like his recommendations made it into the right hands.

Glasscock also said the committee would work to include interviews with former office and current office holders in the new recommendation.

A second Bill of Disapproval was issued on Nov. 7, and is expected to be debated and voted on in student senate Thursday evening.

“[The bills] aren’t working antagonistically, they kind of have the same backbone where we just want more explanation and more depth to the report,” Olivia Pruss, student senator and senior in biology, said. “They aren’t working against each other. It’s just another reason to disapprove of the report.” 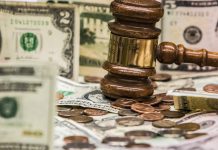 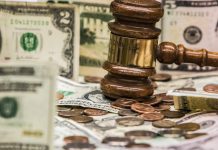 More than money: Here’s how much student leaders are compensated for their work