Every university has its own policy when it comes to crimes involving sexual violence, though some students disagree — these students often take the initiative to spread awareness about it. Paige Eichkorn, senior in journalism, reactivated a club dedicated to the prevention of sexual violence.

“I reactivated Cats Against Sexual Violence my sophomore year,” Eichkorn said. “We’ve been on campus for about a year-and-a-half now.”

Another Cats Against Sexual Violence club existed on campus in 2014 — so the new club adopted their constitution and bylaws. Eichkorn said it is important to be active bystanders in potentially dangerous situations.

“We all have that little voice in the back of our minds telling us, ‘This isn’t right,’ or we have a gut feeling that something is going on here,” Eichkorn said. “It’s so easy to be like, ‘Someone else will go stop it, and someone else will go help that girl,’ but you have to be the one grabbing your friend and being like ‘Look let’s go stop this from happening right now.’ You have to be strong enough to just go ask and if they’re both consenting then that may be embarrassing for you, but that’s so much better than not preventing a crime.”

Eichkorn said alcohol should not be held responsible for sexual violence.

“Alcohol does make you make poor decisions, but it is never an excuse to rape someone,” Eichkorn said.

“Individuals could be like ‘Oh well, she shouldn’t have drank so much and then she wouldn’t have gotten raped,’” she continued. “That’s just not a way to look at it … It makes me so mad that anyone would say that about a woman or a man.”

Eichkorn expressed anger at communities who don’t pay attention to the issue.

“We say we’re a K-State family, but do we really look out for each other like a family does when these crimes are happening literally every day and so many are often brushed under the rug at our university?” Eichkorn said. 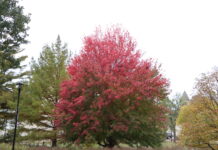 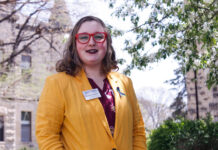 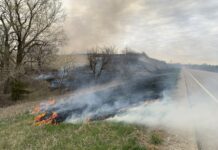 Silent no more: Students use trauma experiences to fuel change at...