Manhattan’s Pick Pink trash service does more than take out the garbage — it uses 10 percent of its profits to promote cancer research.

Bryan Elsey developed Pick Pink with his twin brother Chris. He said he decided to pursue the idea after reading articles in the Wall Street Journal about start-ups like Uber. Elsey said the name comes from his familial connection to cancer.

“My wife’s lost both of her parents to cancer. My mom has cancer currently, and I think cancer just affects a lot of different people and so we thought, ‘Well, that’d be kind of a worthy cause,’ and that could kind of be our brand, if you will,” Elsey said. “And I don’t think people really care who picks up their trash as long as it gets picked up. And then, the company’s giving 10 percent of the profits to cancer research and [if] the service is the the same — well sure I’d do that.”

Elsey said he thinks their company is great because it is affordable and provides free recycling. Elsey said recycling helps keep costs down when it comes to dumping trash — and it’s environmentally friendly.

“The less trash that you can have going to the landfill — it’s better for the environment and it’s economically better for the hauler too because … it’s the weight that they’re getting charged for,” he said. “So, if you got a bunch of recyclables that can be recycled, and you don’t have to put those in the landfill and pay for it, it makes sense to do it.”

The service offers a weekly subscription and an on-demand service, but Elsey said the number of people who are loyal to their trash service is surprising.

“I think we probably have like maybe 175 weekly customers,” Elsey said. “And we went out, did a blitz with Manhattan and like put flyers on trash cans and people’s doors and let them know about it. Hardly anybody would switch their trash service. I don’t get it.”

Don Culver, a hauler for Pick Pink, called the company phenomenal. He said he started working for them after searching for jobs in Manhattan.

“I’m a licensed veterinarian, I’ve got a master’s in food science, I’ve done food defense, food safety and medicine,” Culver said. “I’ve been throwing resumes at NBAF, AIB, K-State, USDA, KDA — and I got on the shortlist for a couple — actually got hired one time by KDA but … legislature didn’t approve the budget for that position, so they called me and said, ‘Yeah, there’s no position.’ I’m hooked up and so I keep dropping resumes but they don’t want the old guy. It’s like a friend of mine said, ‘You don’t go fishing with the frying pan.'”

Culver said he’s had a range of jobs — anywhere from working on a nuclear power plant to installing and delivering appliances for Sears.

“I just couldn’t find anything to do and had been kind of bouncing around and one day I looked up, saw this thing for Pick Pink trash, filled out the app,” Culver said. “What the heck — I love being outdoors, I love driving, I like being physical — I do four to five half-marathons a year — so it just fit.”

After just an hour, Culver received a response to his application. Since then, he’s been cruising around Manhattan with a trailer and pink vest. He said he still works part time at Sears, but likes working for Pick Pink.

“This just fits in phenomenal — it’s allowed me to get money so I can still keep doing my half-marathons and traveling around,” he said. 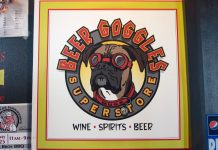 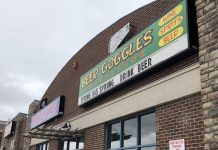 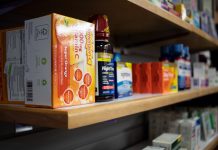