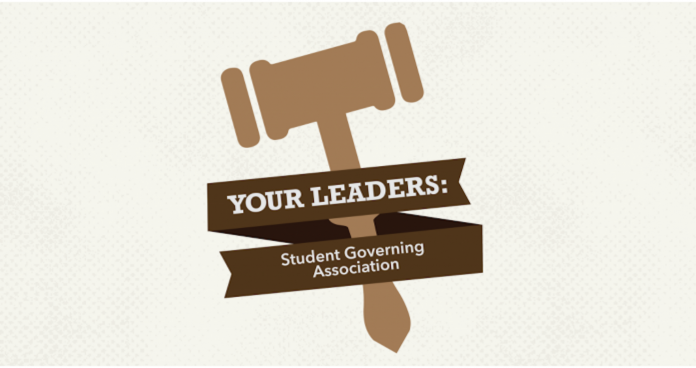 The Center for Student Involvement was a key topic throughout the meeting, with executive director Kelli Farris presenting statistics about the use of the SafeRide program.

The statistics found in a user survey conducted by the CSI showed a decrease in the amount of times students used SafeRide, which operates Thursday through Saturday nights from 11 p.m. to 3 a.m.

“Over the course of the last few years identifies that in the years of 2014 and 2015, SafeRide hit its highest peak in total ridership, but since then it has had a drastic decline in the past few years,” Farris said.

But, Farris said, the survey also suggested students do not want to see the program disbanded.

The findings of the survey resulted in the creation of a review task force. The group aims to decipher what operational transportation options are available to improve SafeRide. They will also look to rebrand the program and relaunch it at the start of the academic year.

Later on, the Privilege Fee Committee introduced legislation with a recommendation to adjust the allocation of funding to the CSI.

Donny Riffel, Privilege Fee Committee chair and senior in computer science, said even though the CSI is looking at an overall decrease in funding, it’s because of a division of the contract as opposed to a budget cut. Certain services currently under the CSI will have their own allocations in the future.

“Since we separated Student Legal Services and Internal Auditing Services from CSI’s contract, CSI requested that the money allocated will be specifically for Week of Welcome and SafeRide,” Riffel said. “Even though we’re looking at a $17,000 cut, this doesn’t rule out their ability to go forward with a revised SafeRide plan since they have reserve money available.”

Student senate will reconvene at 7 p.m. on Thursday, Dec. 5 after Thanksgiving Break.