One day into the NCAA Early Signing Period in November, the men’s basketball program signed four top 200 players nationally, while each is a member of the Rivals 150.

“We are excited to welcome these four outstanding players and their families to K-State,” said head coach Bruce Weber in a press release. “We needed something of everything- point guard, shooting guard, wing and big guy — and we got that.”

Two of these young men are from the St. Louis metropolitan area in Bradford and Kasubke.

This adds to the current St. Louis players on the Kansas State roster — junior forward Levi Stockard III and sophomore guard Shaun Williams. With St. Louis native senior forward Xavier Sneed graduating in May, the Wildcat roster for next season will be compiled with four members.

Weber is very familiar with the St. Louis area, having coached 30 minutes north of the city at Southern Illinois University from 1998 to 2003.

Both Bradford and Kasubke had off the charts seasons statistically last year, and will look to do the same as they prepare for the competition of the Big 12 in 365 days.

According to a K-State Athletics press release, Bradford averaged 19.8 points per game, and 12 rebounds as a junior at Mehlville High School.

“In modern basketball, you don’t see that type of big guy anymore with the big body,” Weber said. “He definitely gives us that physical presence inside.”

Bradford could give the Wildcats size and physicality in the paint with the loss of senior Makol Mawien.

According to a K-State Athletics press release, junior at Chaminade High School Kasubke led his team in every offensive category.

Coach Weber says Kasubke is the type of guy who wants to have a versatile game.

“Luke is a great shooter, but is the type of player who wants to get better in all phases of the game and be a complete player,” Weber said. “He has pretty good length for a shooting guard and he has really improved his athleticism.”

If Bradford and Kasubke are able to bring the same success they have at the high school level, they could set the Wildcats up for a strong few seasons moving into the future. 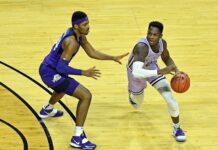 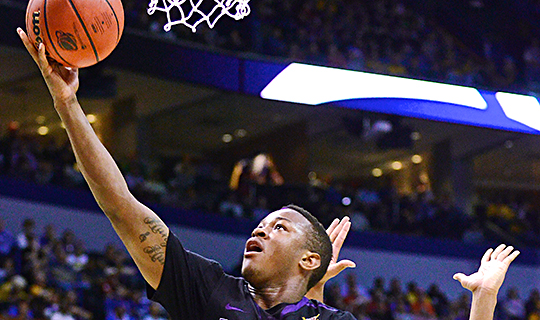