The survey of a random sample of undergraduate students — taken for a seven month time frame in 2016-2017 — found that food insecure students are affected by at least two of the following: they ran out of food and didn’t have enough money to buy more, they couldn’t afford to eat balanced meals, they cut the size or skipped meals, they ate less than they felt they should because they didn’t have enough money or were hungry and didn’t eat.

Food insecurity, according to the Department of Agriculture, is a “lack of consistent access to enough food for an active, healthy life.” This affects one in nine Americans, or 37 million people and 11 million children.

One resource for students faced by food insecurity is Cats’ Cupboard, the on-campus food pantry.

Sarah Hoyt, operations lead for Cats’ Cupboard, said the pantry has seen increased use since opening. Visits are up from six per day for a total of 485 in fall 2017 to 30 per day this semester by 800 different students for a total of 2,500 visits.

Since opening, nearly 1,255 unique students have visited the pantry for food, hygiene items and cookware more than 6,815 times, Hoyt said.

“The best way that students have learned about us is word of mouth,” Hoyt said. “Statistics show us that 65 percent had heard of us because someone told them about us.”

Another resource open to students and residents of Manhattan and surrounding areas is the Flint Hills Breadbasket.

Maribeth Kieffer, director of the Flint Hills Breadbasket, said anyone who utilizes them can get supplies for week’s worth of meals, including fresh fruit and vegetables.

“We have had an increase, too,” Kieffer said. “Our warehouse had a large hit over the summer months and we did a plea two months ago, and we helped a lot more than we did a year ago.”

Vickie James, coordinator for the Food and Farm Council of Riley County and Manhattan, commented on the rate of the local food insecurity as well.

“Food is a necessity, not a luxury, and Kansas has a state sales tax on groceries of 6.5 percent,” James said. 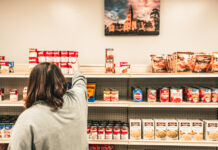 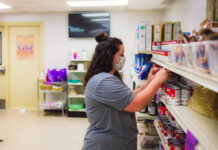 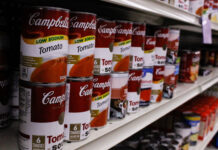