Mental health and thoughts of suicide can be scary and difficult to manage, and asking for help with those difficulties isn’t always easy either.

“I feel like people actually don’t really care unless it affects their immediate circle,” Alex Adamson, sophomore in physics and chemistry, said. “People who have issues with depression think they are just burdens, but in reality they are just hurting and most of the time they feel so isolated and no one can help them.”

Despite local and international efforts, stigma around mental health still exists. This stigma can keep people from getting the help they need.

“[It’s] worse for men because we are always expected to be people who are ’emotionally strong’ or ‘the person to count on’ when in reality they are probably dealing with their own demons and don’t want others to feel like they are weak or can’t be counted on because of their issues,” Adamson said.

Joyce Baptist, associate professor in family studies and human services, said there are reasons Kansas has a high suicide rate.

“Given the sizable rural and military population in Kansas, it is not surprising that our suicide rate is the 13th highest in the nation,” Baptist said. “The lack of mental health services, the ‘tough it out’ mentality and the stigma associated with mental health can exacerbate the loneliness and isolation associated with living in rural and frontier areas.”

“Some of the main factors include perceived lack of social support and connectedness that reduces one’s sense of belonging to the college community,” Baptist said. “Some students hesitate to seek the support they need for fear of being a burden to others.”

Matthew Dercher, junior in marketing and sales, said he believes men should open up and talk about their mental health.

“Mental health is extremely important, and I think it’s really important for men to talk about it,” Dercher said. “You should not be perceived as weak for talking about it.”

Baptist said there is something that could help lower suicide rates among college students and break the stigma around reaching out for help.

“In my opinion, there is a dire need for more face-to-face dialogue and connection among college students,” Baptist said. “Students today grew up in the social media era where conversations happen online. In-person conversations is becoming a lost art.” 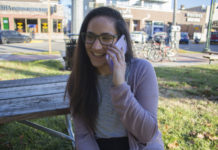 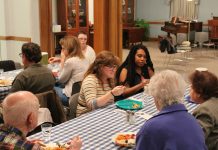 Uncomfortable questions: How to survive Thanksgiving with relatives

OPINION: Tutoring has an unfair stigma