The weather may be cold, but ice cream is never out of season at Kansas State’s dairy plant — Call Hall. Despite some recent hurdles, Call Hall fully intends for their famed ice cream flavor, Purple Pride, alongside others, to be available on campus. After safety concerns and an inability to cool dairy product, the plant closed last year.

“We shut down in October to pursue another path that will be more beneficial for the department and the university, as well as the students that are being supported and taken care of in Call Hall,” said Jared Parsons, operations manager for the dairy plant.

Parsons said the plant had to be closed because it was unable to chill the milk and convert it into a frozen form.

“We lost the ammonia system, which is an old aging refrigeration system that we’ve had since the beginning of the initial plant … it’s been running since ’63,” he said. “Obviously, we’ve kept it up over the years, but with the age of it, it finally had some catastrophic failures that made for us to make decisions on whether to completely renovate the ammonia system or go on self-contained refrigerated individual coolers and freezers and stuff like that.”

The plant has secured a new machine in lieu of the ammonia system and hopes to have operations back to normal soon, Parsons said.

“The department opted to get away from the ammonia system for the fact that we weren’t using the capacity and an ammonia system is more of a commercial-sized system which is fine for a plant, but perhaps maybe some smaller units would be more beneficial then having an actual engine room with an ammonia system,” Parsons said.

While there are no half gallons currently for sale, students and community members should still be able to get a bite of their favorite ice cream — Parsons said the plant has a surplus of product in the freezers available, and the dairy bars are still open to sell by the scoop.

“There’s no supply issue, and the new ice cream machine will be broken in the first February — then we will have to do some installs on some freezers that will be shut down for a little while again after that,” Parsons said.

Parsons said he was excited by the speed in which the new machine was brought in, considering the situation.

“We appreciate the support of the university and the community and we’ll be back up and running and better than ever,” he said. 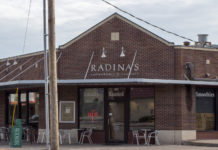 Radina’s on-campus baristas moved to off-campus locations, some laid off 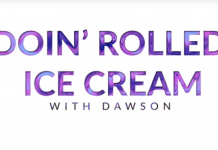 MHK All Day: The art behind Pandora Rolled Ice Cream 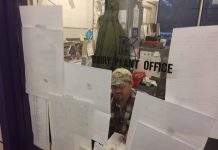 Legend in Dairy: Call Hall Plant brings the taste of “pride and hard work” to K-State

MHK All Day: The art behind Pandora Rolled Ice Cream