Although most buildings on campus have elevators and accessible entrances — with the exception of Ahearn Field House and General Richard B. Myers Hall — that doesn’t mean all buildings are completely accommodating.

For starters, accessibility is about more than just staying in compliance with codes.

“You can meet the letter of the law, but sometimes a room is still unusable so that has been an issue,” said Ann Pearce, assistant director of the Student Access Center and adaptive technology and access advisor.

In recent years, there has been a push to make accessibility inclusive as well.

“There’s two pieces, there’s one [that’s] meeting the law,” Jason Maseberg-Tomlinson, Student Access Center director, said. “Another step would be to be inclusive in your intention.”

For instance, Maseberg-Tomlinson said, there might be a ground level entrance or a basement door that leads to an elevator, but it’s not equitable.

“Having to go through the basement, through a back door, not through the main entryway — is that inclusive of all people?” Maseberg-Tomlinson said. “We have a list of buildings, there are different priorities and some met the ADA requirements when they were built, but those requirements or those standards have changed.”

But fixing those problems can be a big undertaking, especially when the building is as old as some at Kansas State. It can require a lot of money just to add a main entrance ramp.

In the meantime, the Student Access Center does a lot of work to mitigate barriers on campus that don’t involve construction or renovations. They operate mostly with an interactive process that focuses on the needs of students on a case-by-case basis, said Natalie Beharry, access advisor and interpreter coordinator. Maseberg-Tomlinson calls it an “individualized barrier assessment.”

“Our primary responsibility is to help students with disabilities set up and maintain their accommodations with programs on campus,” Maseberg-Tomlinson said. “Through that, it’s important for us to advocate for our students and, when possible, bring up those needs to the larger campus.”

Several of the accommodations take a lot of cross-collaboration and teamwork with other campus organizations.

“We have a lot of partners on campus. We are here to advocate for students, but we have a lot of people who work to get things done as well,” Maseberg-Tomlinson said. “It’s a campus-wide effort and responsibility.”

One major partner has been the Division of Facilities.

“I’ve been very happy over the last few years — we’ve had a lot of progress with facilities on campus and accessibility. They’ve made changes that were pretty speedy,” Maseberg-Tomlinson said. “Facilities has gone out and they’ve redone sidewalks literally in a couple of days period if it’s in the pathway of someone.”

Other major partners, just within the Division of Student Life, include the LGBT Resource Center. A common goal of the two offices has been to get restrooms on campus for students who are unable to use specific restrooms or feel uncomfortable doing so.

“Some students have been unable to maybe have a class in a particular building because there is no restroom for them that works,” Pearce said.

Oftentimes, adding a family bathroom to a building can accomplish both goals. Not only are they restrooms anyone can use, but they are usually large enough that students with varying abilities can access them.

“You know, trying to advocate for each other and being aware of the many needs on campus,” Maseberg-Tomlinson said. “We’ve kind of worked on the outside into some of these buildings.”

“We are looking forward to the future of accessibility,” Maseberg-Tomlinson said. 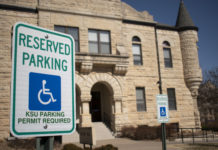 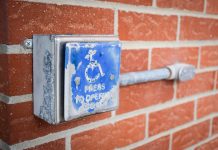 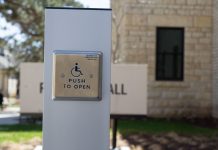 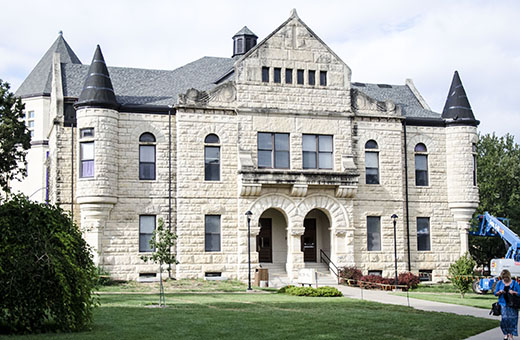