At KSUnite on Nov. 6, Polina Nations, senior in social work, was one of several students who shared their experiences with the crowd. Nations spoke on sexual violence, a topic she said she is an open book about.

As a high school student, Nations was assaulted by her then-boyfriend.

“It was something that was really challenging for me to overcome,” Nations said. “I had so many mixed emotions with my own personal experience and my own personal journey to healing and growth.”

Nations didn’t speak out about her experience for four to six months, which she said is not uncommon for survivors. They take their time to get comfortable with sharing it. When she did speak out, she told a teacher she had a trusting relationship with.

Jessica Henault, sexual and relationship violence prevention specialist for the Center for Advocacy, Response and Education, said sexual violence is not limited to male-on-female violence. It varies based on gender, sexual orientation and social status.

“National data shows that one in four cisgender women, one in 16 cisgender men and then one in four transgender individuals will be affected by sexual violence at some point throughout their college experience,” Henault said. “In 73 percent of those assaults, the victim/survivor knows their perpetrator, so it’s committed by a non-stranger.”

Henault adds that it is a common myth that sexual assaults are committed by strangers.

Rachel Levitt, assistant professor of gender, women and sexuality studies, said this myth stems from trust: People know their siblings, their family members, their friends and defend them by saying, “They wouldn’t do that.”

“It’s kind of amazing to see … the challenge that KSU sees its responsibility in relation to what happens if someone is sexually assault off campus, and then what is their responsibility to the hostile climate that happens on campus,” Levitt said.

Mellissa Mosher, victim advocate coordinator for RCPD, said in an email, “The [Kansas Bureau of Investigations] 2018 Domestic Violence, Stalking, and Sexual Assault in Kansas report stated that within Riley County there were 55 reported rapes within Riley County and zero reported reports at KSU [on campus].”

Mosher adds 2019 totals are still being tabulated by the KBI.

RCPD began a reporting program called “Your Option, Your Control.” Mosher said the goals of the program are to increase the number of reported assaults, increase the identification of offenders and decrease the “sexual victimization” to make Manhattan a safer community.

“Your Option, Your Control” gives reporters three options: complete investigation, partial investigation as determined by the victim or information only, which only requires victims to report as much as they want.

“When offered their options, victims have complete control in choosing the course of their investigation with the full support of reporting officers or assigned detectives,” Mosher said. “Victims also have the control to change their investigation option any time prior to the case being submitted to the County Attorney’s office for prosecution.”

Reports can also be made to the K-State Police Department.

Nations overcame her trauma with support. Now, she is a No More ambassador. As an ambassador, she speaks about her experiences and how to prevent these traumas from happening.

While working through her court case, she had support from Nathaniel Birkhead, associate professor of political science.

“He was really understanding individually, and he really helped me feel comfortable with that process as well as educating others about reasons of sexual assault in class,” Nations said.

The CARE office offers support services to survivors of violence as well. The office works to educate the pubic about why assaults happen and how to prevent them, as well as advocating for victims and survivors.

Henault said many of these incidents happen as a result of societal influences such as rape jokes, over-sexualized media and strict gender roles in society.

“Violence is rooted in power, privilege and oppression,” Henault said.

Nations said something similar during KSUnite: “Sexual violence is about power and control. It’s about each act being committed by someone who asserts that privilege and power over another person.”

Not everyone has a voice to speak out for themselves, and Nations said it is a different process for everyone.

“I encourage people to share their stories whether it be to a support person, a parent, a teacher or one of their friends,” Nations said. 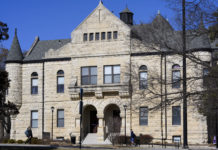