Less than a week before moving into the dorms together, Grace Dice, freshman in music, said her roommate’s dog passed away.

“I’m like, ‘How do you feel about having a cat in our room?'” Dice said. “You could just tell, she lit up and she was excited about it.”

“I couldn’t leave the house, I couldn’t,” Dice said. “I was too scared to take out the trash when my parents weren’t there.”

After getting a letter from her psychiatrist, Dice was able to bring her cat to Kansas State.

Emotional support animal is a term used by the U.S. Department of Urban Housing and Development in the Fair Housing Act.

Maseberg Tomlinson said that emotional support animals are one possible form of treatment, and that it happens after a clinician’s recommendation. He also noted that many doctors don’t use ESAs as a form of treatment.

“I would say everything’s case-by-case,” Maseberg Tomlinson said. “We look at the student, we interact with the student. We understand their needs, and we determine if it’s appropriate through documentation.”

Like Dice, Makayla Hughes, freshman in life sciences, was able to bring her ESA to K-State after consulting her psychiatrist.

“I’m on medication for anxiety and depression,” Hughes said. “So, I already had kind of like, that background, it allows you to have a support. So, then I just went and talked to my psychiatrist, and my family doctor, and we set up a meeting and we filled out all the paperwork.”

Hughes said her 13-year-old boxer, Sophia, knows when she is upset and will cuddle her when she is having anxiety.

“I knew that, coming into college, I was going to need that support system, and being far from home, being away from my family and the rescue that I’m a part of, I knew that I would want that kind of comfort,” Hughes said.

Cats’ Cupboard could get up to $480,000 in bond surplus funds from a pending SGA proposal

Having Sophia in her room really helps her come out of her shell, Hughes said.

“I think having an ESA has changed my life, beyond measure,” Hughes said. “If I didn’t have Sophia here with me, I think my life would be a lot different, I wouldn’t have met so many people.”

Nick Lander, associate director of Housing and Dining Services, said via email that ESAs are only permitted in the student’s living space under the guidelines of the Fair Housing Act.

“Those forms are reviewed by the Student Access Center and if approved, the Student Access Center notifies Housing and Dining Services to make our office aware the student has approval for the ESA,” he said. “Additionally, if the student is approved for the ESA, they must complete the Assistance Animal Policy and Agreement which covers all of the rules and expectations regarding the ESA.” 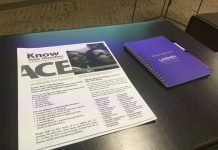 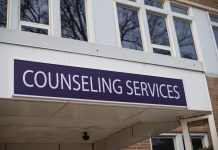