Home Multimedia Podcasts Q&A: March for Our Lives co-founder Cameron Kasky on the state of...

Cameron Kasky, March for Our Lives co-founder: “I’ve met pretty much more than 60 percent of the people currently holding office in Senate and the House and they’re all just fakes. They’re all so fake, even the ones I like. It’s just such a performance.”

Peter Loganbill, Collegian news editor: “What do you mean by ‘like’ when you say that?”

Kasky: “The candidates that I think should keep their offices. A lot of them are just fake. I mean, I can’t stand the Democratic or Republican establishments, I think both parties are just dragging this country down because they’re allowing no room for people to run for office on their own platforms and bring new ideas to the table. They just want the same thing the whole time so they can control everybody.”

Loganbill: “Do you think there is a reason to keep talking about [the Parkland shooting] in a certain sense, or what’s your idea there?”

Kasky: “I think people need to hear about what happens to people if they’re going to connect with an issue. I think a lot of people need to watch the glorified, exploitative garbage that’s centered around mass shootings to care, but I also think on the other hand, people just watch it and they’re like, ‘Woah, that’s so bad,’ and then they tweet out a hashtag, and that’s what they do. And then, we’re going nowhere.

It’s really crazy just how much people will watch a school shooting the way that they would watch a TV show. And then when it’s out of the media cycle, it’s almost as though the season’s over. And then the next mass shooting, there’s another season. Sandy Hook was a season, people watched it, and they were like, ‘Oh, my God,’ and then nothing happened.

Vegas was a very short season, it was like an EP, and people watched it and they’re like, ‘Oh, my God.’ Parkland happened, ‘Oh, my God.’ Santa Fe happens, people didn’t even care about that one.”

Loganbill: “Do you like the way that you’re living now and how much you’re traveling and everything you’re doing?”

Kasky: “No, but to a certain extent, I’ve got to hustle. I’m 19, there’s, you know, I’m only going to be able to live like this for so long. And right now it’s the best way for me to feel like I’m doing something. I don’t like being stagnant. I definitely wish I could travel less, but I just can’t turn certain things down.

There’s certain things I need to do to be able to work. It’s expensive to live in the city. I, you know, my family doesn’t have very much money. I have to go out and work my ass off, you know? And that’s rewarding. It is. It’s nice to fall asleep knowing that you did something that day. But on the other hand, I’d love it if there was more time to sleep.”

Interested in hearing more about Cameron Kasky’s activism? Check out the “Collegian Kultivate” podcast on Spotify, Apple Podcasts or wherever you get your podcasts. 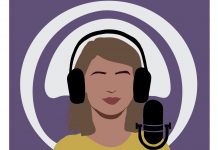 Q&A: Tel Wittmer on obstacles, opportunities that come with being student body president 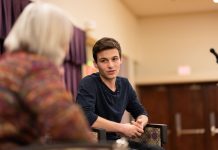 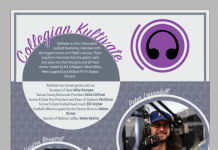