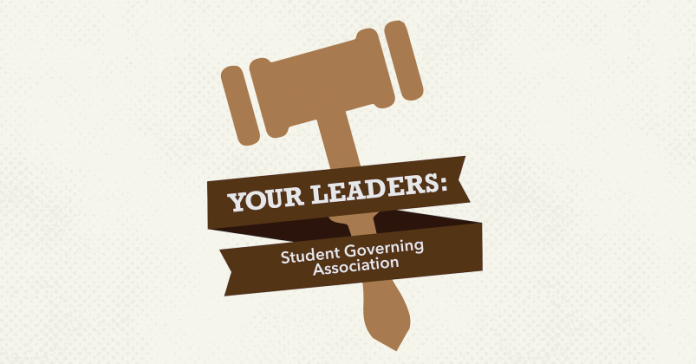 Student Governing Association special ordered a resolution during student senate on Thursday that upholds a “welcoming and inclusive campus,” with 30 votes in favor, seven against and three abstentions.

Jansen Penny, student body president and senior in industrial engineering, debated in favor of taking the resolution out of the normal legislative process in order to pass it immediately, citing the frustrations of students about how long its taken SGA to respond.

The resolution comes on the heels of recent campus controversy related to a new student organization called America First Students.

A recent Kansas City Star article alleged the organization had ties to a revamp of white nationalism on college campuses. Students involved in the Independent Student Organization have since denied those claims.

The resolution on the matter cites Kansas State’s support for all students regardless of race, gender or “other personal characteristics,” and makes reference to respecting the First Amendment rights every student at a public university is afforded.

My personal statement regarding the current culture and atmosphere on our campus pic.twitter.com/aBDHPTmlZW

During last week’s student senate meeting, Penny spent several minutes talking about what protections a student is allowed by the First Amendment and fielded questions about the legal liability of SGA if it were to condemn a specific student or student group.

“It comes with a lot of challenges that really balance the powerful statement that we want to make, and how we want to show support for those students,” Penny said last week. “While also following all of those state, local and federal laws in those enforced by the Kansas Board of Regents.”

“[SGA] stands in solidarity with our diverse and inclusive student body in opposing and condemning racism, sexism, and other forms of bigotry on our campus,” the resolution reads. “An atmosphere of hostility and animosity is not conducive to the academic process and hinders civil, intellectual discussion regarding complex, sensitive issues.”

Nathan Bothwell, speaker pro tempore and senior in political science and communication studies, addressed some concerns within the body about K-State’s administration and General Counsel’s involvement in the writing and ultimate approval of the resolution.

“I know that some people have some concerns about working with administrators, but with that … we are dealing with the First Amendment on this which is a really sticky area,” Bothwell said. “We sought as much guidance as possible to make sure that we were doing this in the best way possible.”

Nathan King, student senator and senior in journalism and mass communications, debated against the resolution, calling it “a spit in the face” to students. He said he felt the resolution was “rubber stamped” by administration.

“We speak on the behalf of students, we don’t speak on behalf of administration,” King said. “We were elected by students. What we do here matters — we are not a rubber stamp.”

Hayley Spellman, elections commissioner and senior in political science and communication studies, said the resolution is a good start, but falls short.

“We have to do more for our students,” Spellman said.

“[SGA] reproves any action contributing to an intimidating or unwelcoming campus atmosphere,” the resolution says. “KSU SGA affirms the right of each person to freely express thoughts and opinions in a spirit of civility and decency. We believe that diversity of views enriches our learning environment, and we support open expression within a climate of courtesy, sensitivity and mutual respect.”

Student senate will reconvene at 7 p.m. on Thursday, March 5 in Wildcat Chamber.