The tennis team (7-4) is coming off a 4-1 victory over Southern Methodist University on Friday and will host the Nebraska Cornhuskers on Wednesday.

The Wildcats fell to an even 8-8 record in Big 12 Conference play after Saturday’s loss.

In the final week of the season for them, they hope to at least go 1-1 this week to maintain an even conference record and to finish the season above .500.

ANALYSIS: Men's basketball holds their own in Sunflower Showdown thanks to guard play

On Tuesday, they will be in Stillwater, Oklahoma, to play the Oklahoma State Cowgirls at 7 p.m. At 2 p.m. Sunday, they will finish the regular season by hosting in-state rival Kansas. This game will air on Big 12 Now on ESPN +.


The men’s basketball team (9-20) is coming off a 62-58 loss to the Kansas Jayhawks, extending their losing streak to nine.


The baseball team (6-5) is coming off a weekend sweep of Fairleigh Dickinson University, a series in which the Wildcats found their stride on offense as they scored 40 runs in the three-game series.

This week, they have a four-game series with the Stanford Cardinals in Stanford, California, Friday through Sunday, with a double-header on Saturday. On Friday, the game begins at 8 p.m. On Saturday, the first game begins at 3 p.m. and the second game begins at 7 p.m. The final game is at 3 p.m. Sunday.

The Wildcats will try to carry the momentum on offense into this series as they get ready for another quality road test. All games can be heard on air on 1350 KMAN. 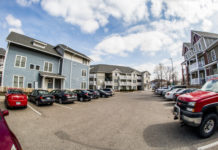 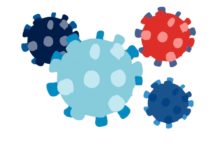