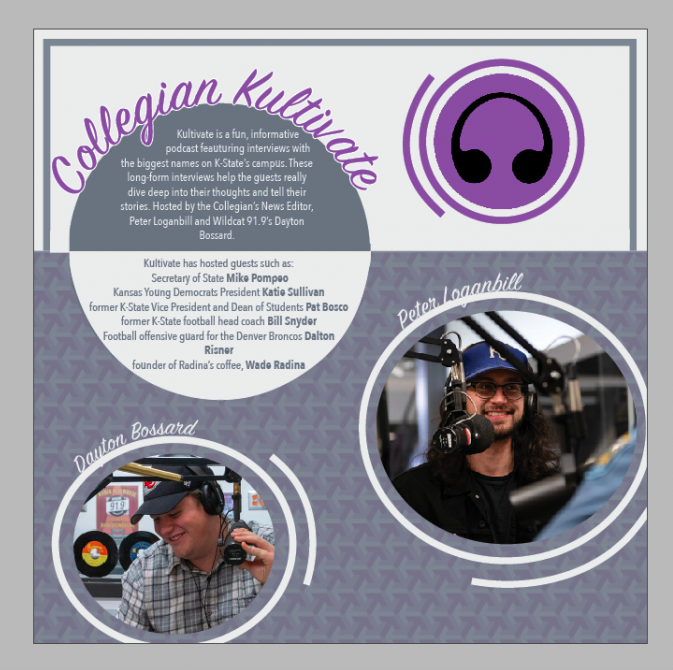 Peter Loganbill, Collegian news editor: “On the census forms that are mailed out, it says April 1 is an important date for that. Can you explain, is that a deadline or is it a question of accounting for who lives where on that day?”

John Adam, senior planner in the Community Development Department for the city of Manhattan and a member of the Riley County/Manhattan Complete Count Committee: “That’s Census Day. What that essentially means is that that is the snapshot day of where are you living at the time when that happens? Under normal circumstances, in the case of this year we have an anomalous year, you would normally, if you’re a student, be living still here in Manhattan or on campus, both. But that’s just a snapshot in time.

“The whole idea is that, if you look at the census questionnaire it asks, who’s living in the household on April 1 and do they normally live there? Because they want to know, people might be transiting through the area, but the most important thing is just are you normally living there? And for students, they’re normally living in the community where they’re going to college about three quarters of the year.”

Loganbill: “Should students that had to go home because of us transitioning to online classes because of COVID-19, should they say that they are living here or living back in their hometowns now?”

Adam: “They should put down the address that they expected to be living at on April 1. If you’re not sure, the other thing too is that they sent out the letters with the IDs in early March, the Census Bureau did, and so it could be that before all of this came about, before the stay-at-home orders were issued and everyone went through this, that somebody may have already filled it out.

“If you’re not sure if your roommates already filled it out, don’t hesitate and do it yourself and answer to the best of your ability the questions. The Bureau is very skilled at removing overcounts and double-counts. It’s the under reporting that’s the real problem.”

Loganbill: “What advice would you give to someone who is just like, caught up with the virus on their mind and they’re just trying to adjust to online school, they just have a bunch of work to do from home and then someone says ‘Well, you got to fill out this census thing too,’ and they’re just like, ‘What even is this?'”

Adam: “That’s a really good question. The one thing, I’m going to kind of repeat the appeal I just made, is remember that you have 10 years worth of impact to consider if the count is not accurate. So, an appeal to somebody’s sense of civic duty, because an undercount, for every person that’s undercounted or missed in Manhattan, or any other city in Kansas, would mean about $50,000 less in federal funds over the next 10 years.

“And if the state were to suffer an undercount of one percent, that’d be over $600 million over those 10 years, which would be less money for social services and infrastructure, schools, roads, bridges, of all that kind of thing.

“It doesn’t take very long, it’s a very simple process. Think of it as a boring Facebook page or Twitter post that you can go visit maybe, I don’t know. It’s very simple. I mean, we also have surveys all the time. This one actually counts for something that’s much bigger than any one of us.”