Tuition at Kansas State won’t increase for the 2020-2021 academic year despite financial troubles caused by the COVID-19 pandemic.

“Everybody’s been impacted in some way either financially or economically,” President Richard Myers said. “We thought it was just the right thing to do.”

The university, he said, will deal with the financial repercussions as they come.

“It’s gonna mean we’re going to take some pain on campus that we would not want to take, but we have got to do it because it’s the right thing to do,” Myers said.

College and departmental fees are not expected to increase either.

What will happen with the privilege fee — a floating fee that amasses a total budget of $16 million annually — is uncertain for a number of reasons. One reason is that the cost to each individual student is dependent on current enrollment. Also, Student Governing Association announced during a meeting last Thursday that they plan to pull every entity that receives money from the privilege fee out of cycle to possibly issue cuts to each budget amounting to about two to three percent. They will hold a special student senate meeting at the end of May to examine the cuts and vote on the measures.

Some budgets paid out by the privilege fee are mandatory — specifically bond accounts on the Union and Rec Complex renovations that must maintain a certain balance.

During the current academic year, the privilege fee cost each student $472 a semester. About 85 percent of the total budget goes to Lafene Health Center, the K-State Student Union and Recreational Services.

The tuition structure proposed will go into effect no matter what fall classes look like at K-State, Myers said. It remains unclear whether online-only classes will continue for the rest of 2020, if classes will assume a hybrid model or if campus will resume face-to-face operations come August.

Ultimately, all tuition and fees proposals are subject to approval by the Kansas Board of Regents, which will meet on the matter in June.

In fact, KBOR rejected K-State’s initial request to increase tuition for the current academic year. It’s normal for tuition to increase a little bit every year, Myers said, given the annual inflation rate of about three percent.

“This year is different though,” Myers said.

On Wednesday, the university announced measures it plans to take in the coming weeks to offset the estimated loss of $35 million in revenue. Furloughs are just one of the steps to come. Most of the cost-cutting measures will affect university faculty.

Myers, Provost Charles Taber and other senior administrators will reduce their salaries by 10 percent in the coming fiscal year, generating an estimated $800,000 in savings.

More steps to mitigate financial blows should be announced soon, Myers said —acting like nothing has changed is not an option.

“That is not sustainable,” Myers said. “We’ll go bankrupt quickly, so we’ve got to take steps there.” 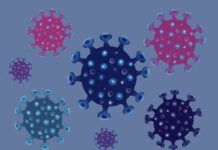 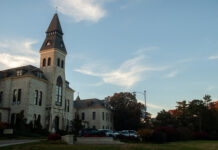 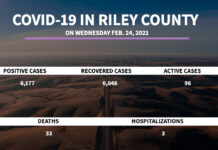